Too bad I left my Viagra in my other swim trunks.
Buy It From Amazon
Buy It On Blu-Ray

Youth has something to say, but that something is pretty obvious, and so the film dresses it up in a lot of self-satisfied artiness. The approach is akin to hearing someone say the alphabet backwards: impressive if you don’t think about it too much, rather pointless if you do.

Michael Caine plays Fred Ballinger, a retired orchestra conductor on vacation at a fancy spa resort in the Alps. He spends his days crinkling a candy wrapper in time to the music in his head and reflecting back on his past. Vacationing with him are his daughter/assistant Lena (Rachel Weisz) and his best friend, a film director named Mick Boyle (Harvey Keitel). The former is rebounding from a bad breakup, while the latter is trying to find the perfect ending to his newest screenplay. Fred and Mick frequently discuss the past, including their sexual conquests, and their current troubles, many of which involve the difficulties of urinating at their advanced age.

The message of Youth is that getting old sucks. Not entirely a deep revelation. Fred is extremely unhappy. He repeatedly turns down a request from the Queen to do a command performance, for personal reasons. The hot women hanging around the spa are not interested in him as they once might have been. A young Method actor (Paul Dano) at the resort seems to have the kind of career vitality Fred no longer possesses. Mick isn’t any happier. Failure to pull together a good script could derail his newest project, and there are problems with the aging diva (Jane Fonda) he assumes is going to star. The film looks at all this misery and observes that age brings wisdom, but at a cost that may or may not be worth it, depending on your outlook. You just aren’t the hot stuff you used to be, so get used to it.

While that idea is all well and good, writer/director Paolo Sorrentino (The Great Beauty) suffocates it with an overdose of pretension. Every single thing that happens in Youth is pumped up to be a Grand Statement. Lena, for example, can’t just have a breakdown about getting dumped for a pop star; she has to dream a wildly exaggerated music video. And Fred can’t just miss conducting; he has to sit in a field pretending to orchestrate the noises of a herd of cows. There are additionally a lot of weird, irrelevant little touches Sorrentino throws in, like occasionally flashing to the resort’s masseuse playing one of those dance-themed videogames. (Why? Who knows?) All of this has the effect of making Youth very obtuse. It’s nearly impossible to make an emotional attachment to the film because every single thing is artfully stylized to the extreme. This is a case where the style is beautiful to look at, but it sucks all the air out of the room.

That’s a shame, because Michael Caine does wonderful work in the lead role, imbuing Fred with a pervasive sense of melancholy and remorse. We really want to connect with him — and Caine clearly desires that connection — but Sorrentino’s relentless Look at me! approach throws up a barrier that limits our ability to do so. Still, the actor is rock steady in the role, creating a character who struggles to accept that the creative life that was once so prominent is drawing to a close. Harvey Keitel is also quite good, playing a slightly more live-wire artist. Mick doesn’t think the sun has to set on his career, so he continues trying to cobble together a new film. It would have been nice to get more contrast between these two men, but Keitel often gets pushed into the background by all the weird, Fellini-esque side characters the movie feels obligated to trot out. (Good luck figuring out what the obese man with the gigantic Karl Marx tattoo on his back has to do with anything.) Dano and Weisz do what they can with small roles that should have been much bigger, and Jane Fonda nails her brief cameo with relish.

Youth is absolutely gorgeous on a visual level. Sorrentino knows how to frame an image and devise an interesting tracking shot. What he doesn’t do so well is create a story that pulls the viewer in. The movie feels like an exercise in showing off his technical style, rather than genuine storytelling. The performances carry it to a point, but then you realize that Youth isn’t saying anything new, nor is it saying anything old in a fresh way. 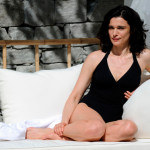 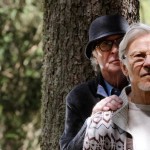 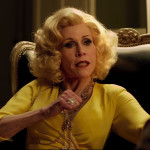