After an inciting incident that involves the theft of a MacGuffin called Pandora’s Box, intelligence operative Jane Marke (Toni Collette) tracks down the presumed dead Xander Cage to retrieve it. Why does the intelligence community, with unlimited resources at their disposal, need the help of an extreme sports athlete and former secret agent who’s been out of the game for over a decade? That’s unclear, though Marke explains, “[We need] someone who can walk through a tornado and come out the other end like it was a gentle breeze.” Screenwriter F. Scott Frazier doesn’t quite reach Fitzgerald levels.

Yes, the dialogue and action are ludicrous by design, there’s just a shortage of joy and it’s hard to have fun when everything is simultaneously tedious and nonsensical. The assemblage of Cage’s team for the mission is a snooze and only one of his cohorts, Adele (Ruby Rose), a crack sniper, is useful. The others – a wacko who wears a rugby mouth guard while crashing vehicles (Rory McCann) and a DJ (Kris Wu) – have no discernable spy or combat skills.

Their adversaries are the standouts. Donnie Yen and Tony Jaa are amazing action performers, though they’re given no worthy opponents to fight and there are far too few showcases for their talents. The sequence in which Yen steals Pandora’s Box makes us wish he had his own big budget franchise. Things slow down considerably when the strutting Diesel shows up to lumber around and punch people.

Even Yen and Jaa are hindered, however, with plainly staged set pieces and action that looks like it was edited with a Vitamix. Couple that with a script that feels like it was put on shuffle and assembled randomly and any potential adrenaline rush is replaced with abject boredom. Because it happens in a vacuum, completely out of nowhere, and without any reason, we can’t even get juiced for a land-to-water chase on motorcycles that transform into jet skis. The skydiving cars in Furious 7 at least sort of made sense.

Admittedly, there are fleeting moments in addition to Yen that are kind of neat. Rose and Deepika Padukone shooting in slow motion and winding up back-to-back pointing guns in all directions may be extremely clichéd, but they make it look cool. Those two acquit themselves well and make the most of what they’re given.

Collette’s hamminess could work with more smartly executed stupidity, but Return of Xander Cage is too caught up in the details of getting xXx from A to B to revel in its absurd nature. Having the villain use a handheld device that looks like a retro videogame controller to crash satellites is gloriously dumb. Just plain dumb: inventing random ways to get out of any conceivable situation, rendering the entire mission moot with revelations that could’ve ended the conflict in five minutes, meaningless shifting of loyalties, and a complete absence of geographic and logical sense. Diesel’s calculated smirk set against the inanity only makes it worse. 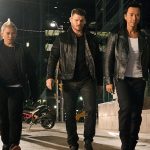 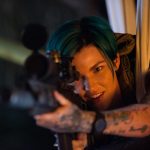 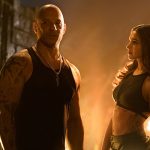