The Wrecking Crew
By: Bill Gibron

If you grew up in the ’50s, ’60s, or ’70s, you heard their music. You were more than familiar with their proficiency, their playing, and their particularly solid SoCal style. They were featured on everything from film soundtracks to TV scores, commercials to other advertising media. But their main influence was with various artists. Phil Spector could have never created his famed Wall of Sound without them, and Brian Wilson couldn’t have convinced the world of his post-surfer scene genius without their willingness to experiment.

They played on hit records for everyone, from The Mamas and the Papas to The Monkees, from early teen idols to perky pop divas. They were known as “The Wrecking Crew,” and their behind the scenes story has been several years in the telling. Like Standing in the Shadows of Motown and its focus on the label’s famed backing musicians, The Funk Brothers, director Denny Tedesco (son of late guitar great Tommy) gets a few of the surviving members to reminisce about their time as famed studio musicians, hired guns who backed the best because they were considered the same.

There have been other celebrated behind-the-scenes groups before — Booker T. and the M.G.s, The Tower of Power, James Brown’s J.B.s — but there was something special about The Wrecking Crew. They turned even the most mundane song into a cavalcade of chart-topping precision. Artists who worked with them, such as Cher, offer their own insights here, arguing that they each put a bit of themselves into every performance.

Prominent among the members are drummer Hal Blaine, who discusses how divorce turned his rags to riches life back to rags in an instant, Plas Johnson, whose signature sound can be heard on the Oscar nominated theme to The Pink Panther, Leon Russell, who laments having to play keyboards on some of those “novelty” records, and Carol Kaye, one of the few females in the business, who was responsible for the familiar bass line to the Sonny and Cher hit “The Beat Goes On.”

It’s a wonderful walk down memory lane, a chance to see these people, and those they worked with, sing each other’s praises. Brian Wilson seems to get most of the memorable accolades. Both Russell and session guitarist supreme Glen Campbell go out of their way to extol his brilliance, while Wilson himself discusses how his obsession with Phil Spector came to inspire some of his greatest work.

We learn of how Frank Sinatra hated the song “Something Stupid,” but since it was a duet with his daughter Nancy, he relented (and earned his only Billboard number one). Composers like Jimmy Webb discuss how the Crew could complete a song with their input, while main subject, Tommy Tedesco, offers the kind of reality check that only a life as a freelance musician can provide.

Sure, there are times when Denny inserts himself into the story, distracting us a bit from the far more compelling narrative, and there are MIA members of the group (Jack Nitzsche, Dr. John) who go unmentioned. Of course, this isn’t a history lesson with all the facts in place. This is a celebration, and what a grand one it is. Perhaps the best bit is that, somehow, Tedesco got the rights to include the amazing music these individuals made, and to paraphrase an old cliche, the proof is in the production. Just hearing the opening drumbeats from The Ronettes’ “Be My Baby” and looking at vintage photos of Spector in action makes you realize how special this time and these players really were.

Tedesco and Blaine aside, we learn more about these legendary musicians as players than as people. In order to get more personal, however, it would take a miniseries. The story of The Wrecking Crew always deserved to be told and this incredible documentary does a first class job. Just like the session aces it focuses on. 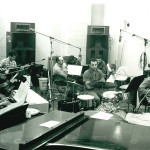 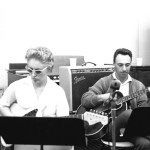 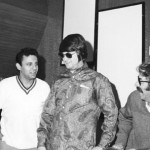