Here's looking at you, kid.

It’s a common dream among young children to grow up to be detectives. The profession seems so glamorous as a youngster: searching for clues, figuring out puzzles, exposing guilty parties, and so on. Literature has often capitalized on this fantasy. There are reasons why Encyclopedia Brown, the Hardy Boys, and Nancy Drew are household names. The World Famous Kid Detective brings the idea to the screen with a pint-sized title character who is obsessed with vintage film noir. It’s not an entirely new concept. Bugsy Malone put children in an incongruous mobster-genre plot way back in 1976, and Rian Johnson’s 2006 Brick told the story of a high school student solving a mystery in hardboiled noirstyle. And let us not forget the adolescent sleuth in Veronica Mars. Still, recycled concepts can be effective if they bring fresh ideas to the table. Despite undeniably good intentions, The World Famous Kid Detective doesn’t have any.

Stanley Kid (Nick King) is an elementary school-aged detective who often addresses the camera in a trench coat and fedora, just like many of his cinematic idols. When he’s not doing that, Stanley runs his own agency. His cases tend to be things like finding stolen skateboards and figuring out who uploaded somebody’s embarrassing selfies to the internet. The business is threatened when Stanley’s mother is hospitalized, leaving him and pesky little sis Nina (Karalena F. Morehead) home alone. A nasty child welfare worker named Ms. Hodge wants to put them in foster care, so Stanley convinces his Goth cousin, Addison (Lillian Almohajer), to pretend to be supervising them. She’s willing, but only if Stanley will locate her missing cell phone first. A perfect job for an aspiring Sam Spade!

The World Famous Kid Detective has a couple of elements that may strike a chord with the young audience it targets. There’s a bit in which Stanley attaches a GPS device to his skateboard and allows it to be stolen, so he can track down a local thief. Later on, he and Nina must sneak into an allegedly haunted house in search of a clue. The film also utilizes clips from well over a dozen old black-and-white detective movies, including some of the Dick Tracy adventures. It’s highly unlikely that such pictures have relevance for children today, but anything that might inspire them to check a few out deserves credit.

It’s odd, though, that a movie intending to celebrate the great screen detectives would be devoid of a real mystery. The screenplay for The World Famous Kid Detective is frustratingly misguided. Instead of giving Stanley a genuine case to solve — and allowing young viewers the pleasure of figuring out the clues alongside him — it spends far too much time on the kids’ efforts to avoid the child welfare worker, which aren’t particularly funny. On those rare occasions when Stanley is solving a mini-mystery, we don’t really see how he gathers clues, and the resolutions are anti-climactic. The movie would have been so much better scuttling everything with Ms. Hodge and giving Stanley a smart, kid-appropriate mystery to solve from start to finish. With so little of substance to work with, director Timothy Kelly fills in the gaps with repetitive establishing shots of Stanley’s house (maddeningly inserted before every single scene taking place there) and shots of the kids riding their bicycles up and down the same stretch of bike path.

There’s a sweetness and sincerity to the movie that’s admirable, making a film critic feel the slightest bit guilty for pointing out the things that don’t work. Something about the scrappy, made-in-the-backyard style is oddly endearing, as well. Nonetheless, children love the idea of a good mystery, and The World Famous Kid Detective simply doesn’t have one. Now, there’s something Stanley Kid should be investigating. 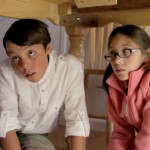 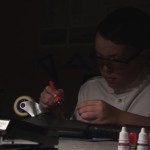 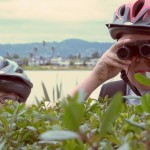