Chardonnay later, right ladies?
Buy It From Amazon
Buy It On DVD
Buy It On Blu-Ray

You have to feel sorry for the actresses in The Other Woman. Instead of being given characters to play, they’ve been handed recognizable female stereotypes, accented with occasional scatology and slapstick. Clearly influenced (poorly, one might add) by the entire Bridesmaids theory of “you go girl” power, we have the naive, nutty ditz (Leslie Mann), the cold, calculated professional (Cameron Diaz), and the well-endowed bimbette (Kate Upton). All three have been used, abused, and confused by their relationship with throwback womanizer Mark King (Nikolaj Coster-Waldau) and now want revenge. Cue the cloying music montages, death defying physical “comedy,” and at least two instances where feces, not finely drawn dialogue, saves the day.

Mark is indeed a jerk. He is married to stay-at-home hissyfit Kate (Mann), who relies on him for her entire existence while he picks her brain for possible internet startup ideas. No, seriously. Also in the picture is a high priced NYC attorney named Carly (Diaz) who thinks herself too cautious and brainy to end up bedding a married man. Unfortunately, Mark works his magic on her, and one night, under the guise of surprising him, our smitten lawyer runs into our harried housefrau. One night of drunken soul-searching later and Kate and Carly become BFFs. While plotting her divorce, the duo discover that Mark is also wooing a buxom babe named Amber (Kate Upton). As the threesome design his downfall, Carly comes upon Kate’s single brother (Taylor Kinney), and the sparks fly.

You won’t find a more confused, desperate movie than The Other Woman. Unsure of what it wants to be, it tries to incorporate a selection of incongruous styles, the result being more chaos than comedy. One minute, our heroines are meting out some solid post-breakup advice. The next, a large dog is taking a dump on the floor of Carly’s fashionable Manhattan pad. A sequence involving a secret offshore bank account is countermanded by a dude with explosive diarrhea, while Diaz’s character takes a half-gainer out of a suburban bedroom window that would land non-movie people in intensive care. For director Nick Cassavetes, no approach is off limits. He’ll pull your heartstrings or your finger, often at the same time.

This leaves his cast careening between moments of empathy and flat out audience confusion. Kate is such a psycho, such an endless riffing bag of ad-libbed lunacy that we never get the connection, either between her and Carly or her and her husband. As for Amber, she’s a chest with charm, and that’s it. Mark makes a decent villain, but his hijinks seem lifted straight from the everyday lothario’s handbook, and Kate’s brother is all face stubble and piercing eyes. All that’s left is Carly and her companion in complaining, a surly secretary played with undeniable pluck by singer Nicki Minaj. Indeed, Diaz seems more at home harrumphing with Ms. Pink Friday than with the rest of the performers she’s paired with.

On the other hand, The Other Woman is never truly dull. It does drag at times, but every once in the a while, the script by first-timer Melissa Stack will stumble across a funny line or idea and the accompanying laugh will carry you past the pandering bits. Granted, we don’t really care what happens, but getting to such a state is not the chore other rom-coms make it out to be. Indeed, one could easily call this one of the least bad examples of the genre to come along in a while. While it’s playing, The Other Woman breezes by. Unfortunately, what could have been memorable ends up being mindless. 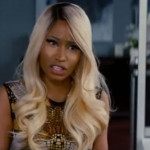 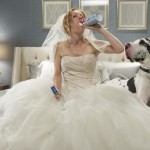 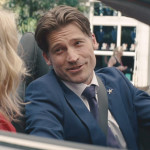