I should switch to drapes.
Buy It From Amazon
Buy It On DVD
Buy It On Blu-Ray
Buy The Book

Fans of Jason Statham and his roid rage roundelays don’t come to see brooding neo-noir. They don’t really care about his personal crises or existential struggles. They want their human adrenal gland to break arms, bust chops, and bruise body parts in the most efficient and fun ways possible. So why then does Wild Card skimp on such fisticuffs, especially with The Expendables 2/Con Air‘s Simon West sitting behind the camera? The answer, sadly, comes from Oscar winner William Goldman, his script, the source (his novel Heat), and the lingering aroma of the Burt Reynolds stinker made from the same material back in 1986.

That adaptation proved that the Bandit’s once mighty box office had long since seen better days. Now, absent a Transporter title, it looks like history is repeating for Statham. Instead of trying to escape his typecasting, the English actor has embraced it. Now, outside of his aging action hero antics with Sly Stallone and his gang of direct to video champions, plus a new role in the Fast and Furious franchise, Statham has become stagnant. He’s made nearly a dozen movies in the last few years that few have seen. Wild Card is destined to add its name to that list.

The story centers on Nick Wild (Mexican-American Nick Escalante in the book) who works out of Vegas. He does things for clients, like allowing a complete douche (Max Casella) to beat him up so that his gal pal (Sofia Vergara) thinks him a stud. Nick’s plan is to earn enough money to “retire” to Italy but his gambling habit and lack of people skills keep getting in the way. When a woman from his past (Dominik Garcia-Lorido) asks for payback on a gangster (Milo Ventimiglia) who raped her, our hero gets trapped in the typical gumshoe grind where things aren’t what they seem, sides are never set, and a computer nerd (Michael Angarano) shows up to slow the already crawling plot down even more.

When he’s at his best, say in the ludicrous but fun Crank films, Jason Statham is more than just a sour face and six pack abs. He’s a cartoon cast out of Cockney rubble, a real life action figure who takes (and gives) a damn good licking and definitely keeps on ticking. This is not to say that Statham can’t act, but his range is obviously limited by his defiant physical traits as well as the roles he’s been reduced to. Perhaps, if like Liam Neeson, he had turned his back on a career as a serious actor to become an ass-kicking agent of death, we’d delight in the shift. But today, Statham is the sum total of his various reconfigured narratives. Even when he’s trying to be subtle, he’s still required to roundhouse kick his costars into submission.

That’s why Wild Card fails. Goldman’s script seems like a relic from a different time. The language feels out of place and overloaded with wise guy jargon for something set in 2015, and the various plot points don’t really come together. Instead, this is an episodic mess which meanders between dull dialogue and the rare stunt sequence, all expertly choreographed by Corey Yuen (who guided Statham through the first Transporter) and shot with skill by West. In fact, this movie benefits from the director’s desire to keep things solid and simple. But the truth is, we don’t care about Nick unless his canned-ham hands are pounding the snot out of some scourge. It’s not all Statham’s fault. Goldman’s idea of an anti-hero focuses far too much on the negative and not the redemptive.

Given its overall lack of excitement and smattering of mano-y-mano spectacle, Wild Card should really be called Mild Card. When it lets Statham be Statham, there’s some spark. When it doesn’t it’s dry, and dopey, and dull. 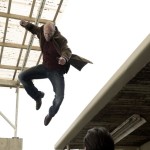 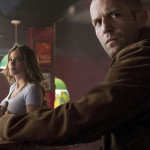 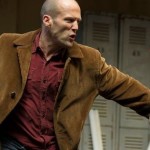