When the Game Stands Tall
By: Blake Crane

The passion of the coach.
Buy It From Amazon
Buy It On DVD
Buy It On Blu-Ray
Buy The Book

When the Game Stands Tall can’t settle on a clichéd sports movie through-line and uses homogenized tropes that feel like a lame greatest hits compilation. There’s potential to do something unique with the true story of the De La Salle High School football team’s remarkable 151-game winning streak and the aftermath of their first loss in over a decade, but this film isn’t interested in fresh takes. Hollywood loves its sports movies to be about the underdog overcoming insurmountable odds, so Goliath is quickly turned into David in order to build up to a big game where victory between the lines – whether it be moral, or on the scoreboard, or both – represents off-the-field redemption.

Based in part on the book of the same name, When the Game Stands Tall begins with its 151st consecutive win, all of them orchestrated by respected head coach Bob Ladouceur (Jim Caviezel). But hardships pile up before the 2004 season: Coach Ladouceur suffers a heart attack that affects preparation, the new group of seniors doesn’t demonstrate leadership traits, and a beloved former teammate is tragically killed. It’s too much to overcome and the mighty Spartans lose their first two games. During prep for their third contest against the bigger, stronger, and faster football powerhouse Long Beach Poly, the De La Salle team needs to come together to learn how to win and how to be good men. And after that game they have to learn even more about how to win and how to be good men.

As is customary in feel-good sports movies, real legends are modified for dramatic effect. De La Salle and Long Beach Poly actually played in 2001, but timeline alteration isn’t a fatal flaw. This film’s failures come with how screenwriter Scott Marshall Smith and director Thomas Carter represent their characters, especially the celebrated coach. There’s no understanding of what makes him tick or how his approach is any different than anyone else’s. Every effective coach preaches teamwork, togetherness, and ultimate effort. None of the proverbs spouted by Ladouceur here give any insight as to why he was so successful. It could be that De La Salle recruits the best players, a fact that’s briefly touched on early in the film. Caviezel’s straight-faced delivery and even keel may be true to the man, but it’s dull instead of being quietly inspirational. Laura Dern and Michael Chiklis as the deserted wife and faithful assistant, respectively, have little to play off of and serve as nothing more than platitude reinforcement.

Players are broad amalgams of actual people and archetypal ciphers. Star running back Chris Ryan (Alexander Ludwig) is chasing an individual record, spurred on by a father (Clancy Brown) who goes from goofy, overeager dad in the stands to overbearing tyrant when required. Hopefully the kid learns there’s more to life than personal stats. There’s also the gentle giant, the jerky teammate that’s probably going to learn how to be nice, and the skinny scrub that’s probably going to make a big play. The death of Terrance Kelly (Stephan James) – by all accounts a good kid with a bright future – is an effective, if telegraphed, gut punch early in the picture that illustrates the senselessness of street violence. However, the awful real-life tragedy is compartmentalized as a piece of affected rhetoric, only to be recalled in a montage before the big game when Terrance’s father lays flowers on his grave.

For all its expounding about the streak not being important and people being what matters, When the Game Stands Tall guns for goosebumps with a familiar formula. Numerous game scenes – coordinated by Allan Graf, whose credits include the much better Friday Night Lights – are well-edited and realistic, but the focus on the field leaves little time for exploration of characters beyond prototypical models. The game stands way too tall – head and shoulders above the real people that made the sacrifices and put in the work to make this story worth telling. 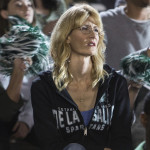 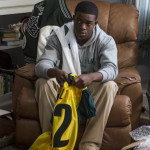 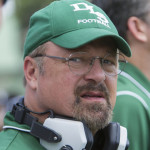