War for the Planet of the Apes
By: Blake Crane

Leave the gun. Take the banana.
Buy It From Amazon
Buy It On DVD
Buy It On Blu-Ray

The rebooted Planet of the Apes franchise is getting bleaker, and better, as it progresses. The deepening soulfulness is coupled with CGI mastery and extravagant action set pieces typical of summer Hollywood fare, but War of the Planet of the Apes is an atypical blockbuster. This is a poignant popcorn movie that dazzles as it distresses.

War is set 15 years after the outbreak of the simian flu in Rise of the Planet of the Apes and two years after Dawn of the Planet of the Apes, where hopes of harmony between evolved apes and what’s left of humanity were dashed. The film evokes Vietnam movies from the opening shot, in which human soldiers, with anti-ape sayings written on their helmets, creep into the wilderness to hunt an elusive enemy. An unbalanced colonel (Woody Harrelson) is leading a last-ditch offensive, determined to destroy the apes and their leader Caesar (Andy Serkis), and secure man’s tenuous hold on the top of the food chain.

From forest thickets to snow-capped mountains and a dreary military outpost, the cinematography is striking and pulls us into the conflict, as does Michael Giacchino’s percussive, tribal-like score.

Director and co-writer Matt Reeves, returning from Dawn, doesn’t hide his influences, going so far as to scrawl graffiti reading “Apeocalypse Now” on a tunnel wall, but there’s a unique emotional complexity to his film that prevents it from feeling derivative.

Harrelson’s colonel is deranged due to desperation, and while his appalling acts leave us firmly on the side of the simians, his big emotional speech coaxes a smidge of sympathy. Not because we care about what happens to him, but because it outlines – perhaps in a bit too plot-heavy fashion, the fall of our kind. It’s worse that humanity’s final moments are marked by the death of morality.

Caesar just wants to protect his community and lead its citizens to a promised land free of conflict when the colonel brings the war to his doorstep. The quest for revenge proves to be a rough journey filled with murky ethics. He learns that vengeance may not be the right path, but mercy may not be, either. His graying hair and tired eyes suggest how exhausting this undesired evolution to dominant species has been. We feel the weight of leading his civilization and also of pondering its place in the changing world.

The incredible physical performance of Serkis and the wizardry of Weta Digital make Caesar feel like a living, breathing being. All of the apes have personalities, notably Steve Zahn’s weary Bad Ape, who adds some well-timed comic relief throughout. The level of detail in every gorilla, chimp, and orangutan is remarkable and leaves us firmly in the moment and focused on stakes that grow epic, drawn from Western and biblical classics.

While there are nods and connections to the 1968 Planet of the Apes, including a preteen, mute Nova (Amiah Miller) and Caesar’s young son Cornelius, this new trilogy stands alone as a thrilling, character-driven saga. In stark contrast to something like Alien: Covenant, which feels like it’s just rehashing beats and working through plot to get to a predetermined destination, this series has distinctive aims and earns its heavy emotional ends. 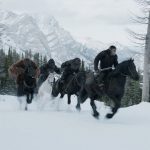 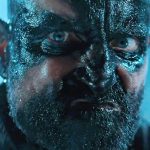 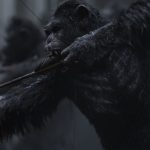 One thought on “War for the Planet of the Apes”