Bryan Cranston is no stranger to inhabiting formidable lead characters – there’s LBJ and, of course, the inimitable Walter White – so he’s in familiar territory in the interesting but tonally misguided character drama, Wakefield. As a suburban family man who takes a sharp midlife-crisis turn, Cranston is firm, pushy, and a little threatening, a one-man show on which the film relies too often. As the title character, Cranston talks to us in voiceover, talks to himself, and mutters thoughts meant for the people whom he eyes from a distance, perhaps never to talk with again.

Allow me to explain. Howard Wakefield is a shirt-and-tied NYC attorney suffering long days and endless commutes back to his well-appointed bedroom community home, ex-dancer wife (Jennifer Garner) and twin pre-teen girls. One evening, he finds himself in his multi-level garage, peering out the window, looking back at his home to see his family’s life without him in it.

The idea of hiding out in his detached attic seems enticing for an evening. But as Howard begins to revel in the lack of accountability and responsibility, he stays put even longer, his momentary breather eventually turning into an internal psychological experiment spun out of control.

We’ve seen stories of the overworked and underwhelmed dropping everything to reset their lives, often pushing the audience’s deep-seated fantasy buttons – and creating a built-in empathy for the characters. That’s where Wakefield is different. The guy at the center is hardly sympathetic. In fact, he’s pretty much a prick.

In some oddly placed flashbacks, Howard recalls how he wooed his wife, Diana, and it’s not pretty. She was dating his college buddy (Jason O’Mara), but Howard wanted her. So he lies to the woman of his affections and puts his pal in a position to look bad. He’s smug, he’s scheming, and he pushes relentlessly on Diana during their first makeout sessions – this isn’t a guy you’d want to hang out with. He’s a manipulative creep who plays head games – maybe the rest of the world would want him holed away in an attic. And maybe that’s the point writer-director Robin Swicord is making.

Then why isn’t this more of a tragedy? Instead, Howard’s treks around the neighborhood searching for food, and assorted dumpster dives, have a playful, teasing music soundtrack, as if pretending to be homeless was worth a chuckle or two. And Cranston seems a little off-balance on how to play it. As usual, he’s all in, but it’s tough to tell what he’s shooting for sometimes as his character becomes more unhinged.

There’s something more that doesn’t feel right about Wakefield: Even if Howard were the saddest, most remorseful guy on earth, it’s still tough to feel sorry for someone with a life many Americans would see as lucky, if not extravagant. It almost negates his entire motivation – other than framing him up as a coward too stupid to not see his life’s treasures and address issues rather than running from them. The movie seems to ignore the concept of gratitude, even when it’s a possibility.

What ends up sustaining Wakefield is its suspense. We ultimately hang in to see how long Howard’s isolation will go on, and how it might end, if ever. The character’s whizzing mind sees multiple options – if only we could be privy to more of that mental variety earlier and more consistently, Wakefield might not feel as distant as its main character. 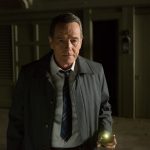 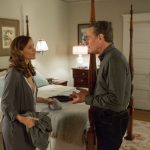 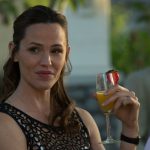 One thought on “Wakefield”