The power of crap compels you.
Buy It From Amazon
Buy It On DVD
Buy It On Blu-Ray

The titular teens of Violet & Daisy are fairies without a tale to tell. It’s certainly not due to lack of effort – the pixies talk and talk, and pose and shallowly pontificate, saying very little that registers. And, oh yeah, they’re also hitwomen who take a job in order to buy fancy dresses endorsed by their favorite pop star. It’s not a completely flawed premise, but it’s surrounded by a flawed everything else.

Geoffrey Fletcher won an Oscar for his first produced screenplay, 2009’s Precious, and for his directorial debut he makes a drastic left turn from that somber story. Violet & Daisy is an attempt at coming of age drama by way of assassin satire, but the pieces don’t dovetail and the picture feels incredibly dated and stale. It’s as if Fletcher had this script in a drawer since the mid-‘90s, his uninspired stab at a post-Tarantino milieu full of colorful characters, stylized violence, and snappy banter. Perhaps once he got his shot to take on a project of his choosing, he dusted this one off for nostalgia’s sake, foregoing any type of polish before actually making it.

I dare anyone to watch this film’s opening scene and not be reminded of Pulp Fiction. Violet (Alexis Bledel) and Daisy (Saoirse Ronan) enter a trendy old-fashioned apartment building to take out their marks, Violet telling a joke that goes over the head of naive Daisy. I guess this one’s in New York instead of Los Angeles, so there’s that. And the girls are dressed as nuns carrying pizza boxes labeled “Righteous Pizza” and emblazoned with crosses. How quaint.

After this insipid introduction, the killers for hire, devastated by the cancellation of a Barbie Sunday (the aforementioned pop star) concert, agree to a “simple job” that will allow them to purchase clothes from their idol’s fashion line. All they have to do is take out impassive thief Michael (James Gandolfini), who is hiding out in his apartment. Throwing a wrench in their simple plan, Michael turns out to be a sweet man who has baked fresh cookies for the girls and provides no resistance to his elimination. Where’s the fun in killing someone who wants to die? After expending all of their ammo and missing their mark, the more violent Violet (get it?) hunts for bullets while Daisy stays behind and talks to Michael, hearing his saga of illness and an estranged daughter.

Excluding an encounter with a mob of more ruthless gangsters and Violet’s story of being caught up in a robbery gone wrong – another recycled trope from films of nearly two decades ago – Violet & Daisy grinds to a halt with talkie conversations that frivolously establish Michael as Daisy’s surrogate father figure. Gandolfini is convincing while delivering the stilted dialogue and his performance would’ve been great in a better movie. Bledel and Ronan don’t fare as well, their misplaced earnestness irritating rather than amusing. The tonal chasm between the three leads is too great to meaningfully reconcile the narrative, zapping any emotion to be gleaned from the final scenes.

Ultimately a scattered effort all around, the boring chatter of Violet & Daisy is entangled with random beats that Fletcher includes haphazardly, probably because he thinks they’re cool.  Dancing on top of dead bodies, popping bubble gum while shooting guns, or a surreal dream sequence do nothing to add color to the imprudence, while the needless breaking up of the film into too-cutely-titled chapters only draws more attention to its disjointed storytelling. If this air of arrogance were used to call out the self-important attitudes of Violet and/or Daisy or to further develop the notion of pop culture corrupting impressionable youth the film may be onto something, but unfortunately it’s not that shrewd. All we’re left with is a banal, episodic slog. 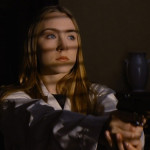 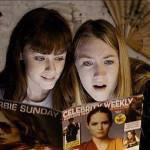 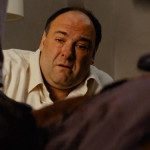