Charlize Theron trudges into the first moments of Tully with a pregnant belly bursting between her top and pajama bottoms. Her character, Marlo, approaches her young son with a smile that doesn’t quite reach her eyes. Her body language says this woman is so over this but trying to put up a good front—for her family and maybe herself, too.

The third collaboration between screenwriter Diablo Cody (Ricki and the Flash) and director Jason Reitman (Juno, Up in the Air), Tully is a character study much like their 2011 effort, Young Adult, which also starred Theron (Atomic Blonde). Here, they craft a portrait of motherhood around postpartum depression, along with broader anxieties. Marlo and her husband, Drew (Ron Livingston, Loudermilk), worry about money, especially with their unplanned third child on the way. But there’s also an undercurrent of anxiety about whether they’re doing right by their kids, and if parenting has changed them so much, they don’t recognize themselves anymore. Any woman who has had the baby blues will remember being in Marlo’s shoes. Understanding partners might recognize pieces of their lives here, too.

Marlo and Drew, who travels for business, have an eight-year-old girl with budding self-esteem issues and a son in kindergarten who has special needs that doctors haven’t quite identified. His principal likes to call him “quirky.” The boy kicks, screams, and cries when his routine varies, such as when Marlo can’t find a parking spot in their usual place. Their house looks like the wake of a tornado spreading toys, clothes, and clutter. When Marlo whips together a frozen pizza for dinner with microwaved vegetables, her expression speaks volumes about how this is all she can muster.

Her brother, Craig (Mark Duplass, The Mindy Project), offers her a special baby gift: he’ll pay for a night nanny, so his sister can get some rest. “I don’t want what happened last time,” he says cryptically.

Marlo bristles at first. She says she doesn’t want a stranger taking care of her children—a comment that makes her sister-in-law, Elyse (Elaine Tan, Acquitted), fume. “She’s judging us on our choices now?” Elyse says. Drew thinks that Craig, who earns more money than they do, is “probably going to lord that over us.”

Marlo doesn’t say what a lot of moms feel: that admitting she has needs—or needs help—means that she’s a bad mom or unable to care for her children. But after a particularly bad day, she opts for the night nanny after all.

Tully (Mackenzie Davis, Blade Runner 2049) is a free spirit who lives with a roommate and has a complicated love life. She says things that Marlo isn’t used to thinking, such as that she’s a great mom. “Great moms … bake cupcakes that look like Minions,” Marlo says.

A platter of decorated cupcakes await Marlo in the morning, and she and Tully fall into a companionable routine. Between sleeping and nursing newborn Mia at night, Marlo watches her favorite reality TV with Tully and talks about her fears and dreams. Davis and Theron have a warm chemistry, made all the more touching once Tully notes that she has to move on.

The script has some of Cody’s trademark witty dialogue, but mostly, it’s full of sincerity and compassion for this struggling mom. Drew plays zombie-killing video games at night, but he seems genuinely caring. Thanks to Livingston’s earnestness, Drew comes across more as an overwhelmed dad unsure how to confide in his wife than a cad.

Some viewers might wonder why the child-care arrangements when Marlo works evaporate while she’s on maternity leave, or sense the secret behind what makes Tully tick, especially when the nanny gives a jolt to Marlo and Drew’s sex life. The nanny seems both like a gift from above and too good to be true. All is revealed in a twist that wraps up a bit too neatly in the third act.

Even so, there’s an honesty here about motherhood, insecurity, fear, and loneliness that deserves to be heard—and Theron’s performance makes you feel every bit. It’s scary for Marlo to admit that although she loves her children, she misses whom she used to be. Tully shows how keeping part of yourself alive can sustain you—and how taking care of yourself shouldn’t be ignored.

After seeing this, you just might want to give a mom a hug. 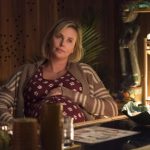 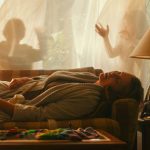 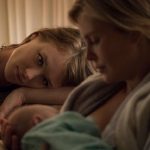