The Truth About Emanuel
By: Blake Crane

Emanuel is a lie!
Buy It From Amazon
Buy It On DVD
Buy It On Blu-Ray

If while watching The Truth About Emanuel you indeed discover a deep truth about the titular character, then you’re more perceptive than me. There’s nothing complicated about the coarse 18-year-old’s sad backstory, and nothing profound about her pretentious voiceovers or visions of being submerged in a torrent of CGI water. Despite attempts to philosophize, the film plods through an on-the-nose representation of two women unable to manage a similar grief.

The film was unleashed at Sundance last year as Emanuel and the Truth About Fishes – which, oddly, seems more in tune with the tone of the film. The updated title and trailers are selling a thriller with a dark secret to tell, but the major mystery is revealed early on and leads only to a protracted, wearisome exercise in dysfunction.

Being atypically cordial, Emanuel volunteers to babysit Linda’s bundle of joy, soon discovering that – and this isn’t a big spoiler as it happens in the first act – baby Chloe is a doll that Linda dotes on and cares for as if it were real. Photos show there was an actual baby (and a man) in Linda’s life at one time, so she’s coping with loss by creating this delusion. Emanuel keeps up appearances and plays along with the charade, not wanting to destroy Linda and also not wanting to sever the only maternal bond she’s ever had.

Instead of exploring the co-dependency of the damaged duo’s make-believe world, the film becomes a series of situations in which Emanuel protects Linda’s secret, brushing off dinner invites from her family and pop-ins from her jealous stepmom. There’s no tension, mind you, just sitcom-like scenarios that are played completely straight. It’s impossible to empathize with these women as we watch them bathe and dress the plastic baby scene after scene, our only hope that the inevitable discovery of their secret leads to immediate and intensive (and anti-climactic) psychiatric care.

Satellite characters exist mainly to threaten the fantasy. Emanuel’s budding romance with fellow train commuter Claude (Aneurin Barnard) is teased as a means to snap out of her funk, but he’s really only there as a cipher for writer-director Francesca Gregorini to tell her protagonist things like “You’re not like everyone else.” Molina is completely wasted as the father, his only big scene an inexplicable indulgence of Emanuel with a recap of the day her mother died. Emanuel’s meek co-worker (Jimmi Simpson) is a mere script creation to arrive at a necessary end.

Scodelario and Biel give impressive efforts, but the strain in their faces and quiet desperation in their voices are left hanging by a flat screenplay that offers no real insight. It’s as if we’re being slowly manipulated into acceptance of the pretense, but real people need more than phony pampering. 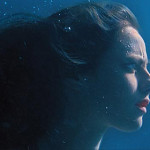 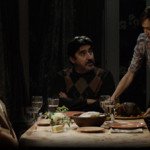 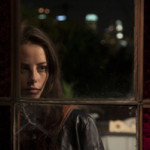 One thought on “The Truth About Emanuel”