Ah, found the rum.
Buy It From Amazon
Buy It On DVD
Buy It On Blu-Ray

There are many things wrong with Transcendence. While it dresses up its designs in fancy high tech speak and struggles to find a way to make its often distant and unexplained characters likeable, it’s still just a routine genre take on the old “man playing God” concept. The movie is often smart, engaging, and awash in intriguing ideas and subtext. But it’s also incredibly slight, cold, and lacking significant pop. You’d think a story that starts out with the world in total technological darkness would find a whiz-bang way of realizing such devastation onscreen. Turns out, all Christopher Nolan’s favorite cinematographer, Wally Pfister, has up his first-time feature directing sleeve is a lot of slow motion nature imagery and slick futuristic mumbo jumbo.

Johnny Depp’s limited onscreen time is spent playing computer genius Dr. Will Caster. A talented researcher in artificial intelligence, he believes that his theories and applications can one day change the world. His wife, Evelyn Caster (Rebecca Hall) agrees, and so does — somewhat reluctantly — his colleague Dr. Max Waters (Paul Bettany). The radical Luddite group R.I.F.T. doesn’t share their view of this brave new world, however. When they attack the Dr. Caster after a seminar, they leave him with only weeks to live.

Desperate, Evelyn resolves to extract her husband’s consciousness and implant it into the massive AI system the couple was working on. Soon, the machine takes on Will’s personality, doing miraculous things with nanotechnology. But the FBI, via Donald Buchanan (Cillian Murphy) and the trio’s mentor, Joseph Tagger (Morgan Freeman), don’t believe in this new “entity.” Instead, they work with a R.I.F.T. leader (Kate Mara) to infiltrate Caster’s new lab and shut down “Will” once and for all.

If you dig beneath the surface, if you scan the often scant plot to piece together the fragmented concepts offered, Transcendence becomes a rather appealing and thought-provoking experience. Granted, you have to get past Rebecca Hall’s blind obedience, Paul Bettany’s lax heroics, and Kate Mara’s bleached hair and blank stare, but there’s some depth to this otherwise ordinary slice of sci-fi. The script, by Jack Paglen, is far from cinematic, loaded with confrontations and conversations that function as nothing more than setups for upcoming scenes. You can literally see the movie moving forward, never staying around long enough to address the outsized elements it keeps throwing at the audience.

That’s a shame, since there is a really intriguing core here — what if a computer could “cure” all of our known medical maladies? Would we allow it, knowing full well it is also using the humans to build a kind of protective shield against outside influence? No more cancer, but no more privacy or protection from technology’s already intrusive tenets either. It’s a great starting point. For Transcendence, that’s all there is. Evelyn says it’s OK. Max says it’s not. Time to mimic the F/X from the weird, recent remake of The Day the Earth Stood Still. The nanotechnology angle is poorly explained and illustrated, leading many in the already confused audience to wonder what that strange dust rising from the ground really is.

The acting is only average, with several famous faces getting little more than limited screen time while Depp does his best male voice-over version of Her, just not as emotionally effective. In fact, one might suspect that he only agreed to the project to give Pfister a shot at stepping into the director’s chair. Unlike his mentor Nolan’s amazing movie Inception, this fledgling filmmaker can’t find a way to make the dry and complex compelling. Instead, he hopes the value of the premise promotes interest. Instead, all Transcendence inspires is ennui. 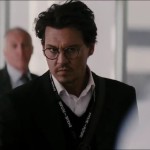 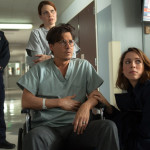 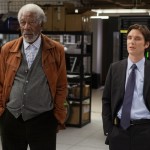