How to Train Your Dragon 2
By: Bill Gibron

Not now babe...I've got dragon stuff to do.
Buy It From Amazon
Buy It On DVD
Buy It On Blu-Ray

It’s the rare sequel that betters the original film. It’s even more unusual in the realm of animation. All Toy Story 2s aside, franchise cartoons are usually created to cater to the very things that warranted a series in the first place. No experimentation. No long-term narrative scope. Just more of what the mainstream mandates. So when How to Train Your Dragon 2 becomes one of 2014’s most beloved films, don’t just believe the hype. Go and see for yourself. Writer/director Dean DeBlois (who co-wrote and co-directed the original) has fashioned a fabulous entertainment, with breathtaking visuals and a story that expands the previous action while setting us up for the prospect of an epic third outing.

It’s been five years since the events in Part 1 and in the Viking village of Berk, things have changed radically. Everyone now owns a dragon, the economy has been boosted thanks to dragon-oriented enterprises, and the citizens enjoy dragon racing as a favored pastime. Hiccup (voiced by Jay Baruchel) spends his free time exploring and mapping the world outside his island home with the help of his best dragon pal Toothless. One day, he runs across a dragon poacher named Eret (Kit Harrington). He’s apparently looking for any beast he can sell to ruthless warlord Drago Bludvist (Djimon Hounsou). Hiccup next discovers a secret dragon sanctuary run by Valka (Cate Blanchett), his long lost mother. Once reunited with Chief Stoick the Vast (Gerard Butler), Berk prepares to take on this villain and his vile, dragon-stealing ways. It’s a fight they are all ill-prepared for.

Like The Empire Strikes Back (which is a terrific qualitative allusion here), How to Train Your Dragon 2 is a marvelous middle act. It takes what everyone loved about the first film, expands on it, and then crafts an entire mythology which moves the material toward an inevitable trilogy finale. It’s a heart-racing, goosebump-inducing adventure with messages even an underage viewer can appreciate. This is the incredible ability of the artform laid out for all to see, from the soaring 3D sky races and chases to the jaw-dropping finale featuring two oversized leviathans. In between, solid voice work from the entire cast sells us on these characters, finding humor and honor along the way. This is also a very funny film, the interaction between the humans and the dragons adding more than just mindless slapstick.

In fact, it’s safe to say that the How to Train Your Dragon films are as close to Pixar as a non-Pixar production can get. While other offerings from Dreamworks drown themselves in cutesy critters, pallid pop culture references, and unexceptional invention, these movies have vision. This is especially true of this installment, considering that DeBlois is the sole creative force here. He’s not afraid to take risks, to meet and then exceed expectations. He treats every reunion like an important life experience and every battle like the dance with death it is. Indeed, for parents practiced in protecting their children from anything remotely upsetting or frightening, this movie may be a bit much. There is lots of danger here, as well as a tragedy that could leave them a bit bothered.

On the other hand, this near-masterpiece makes up for any distress by delivering scene after scene of exciting spectacle. Instead of coddling or pandering to its audience, How to Train Your Dragon 2 simply tells the story it wants to tell. If you like it, terrific. If you don’t, then you deserve the mindless drivel that regularly arrives at your local Cineplex. Instead of fretting over the finer points (a few of the female characters are a tad underdeveloped this time around), simply sit back and soar with these brilliant beasts. In a summer filled with engaging entertainments, this is one of the best. 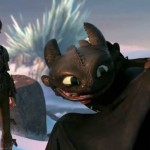 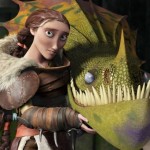 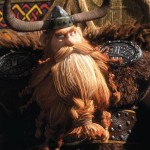