The Top 10 Films About Cars of All Time
By: Bill Gibron

For those of us living in America, there’s no denying the influence of the car and car culture on our everyday existence. We live and breathe our automobiles, fixating on them like legitimate members of our family. We wash and wax them, modify and remake them. We complain when they fail mechanically and wail even louder when we think someone has a cooler or more up to date model than we do. As a result, the combustion engine and its four-wheeled counterpart are constantly reflected in our media. From songs about racing to NASCAR itself, we rarely forget the Motor City while viewing every stop light as a makeshift drag strip signal. With this in mind, we present our Top 10 Films About Cars (and Car Racing) of All Time. With that sudden burst of nitro during a head to head competition, these movies remind us that, without the vehicle, action would be limited to foot chases and horseback. 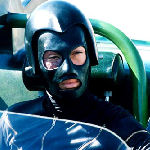 Produced by Roger Corman and directed by Eating Raoul‘s Paul Bartel, this combination satire and solid action film offers up a futuristic “game” where drivers destroy each other, and the occasional innocent bystanders, for fame and fortune. Toss in a dystopia primed for rebellion, lots of lunatic characters and creative twists, and the Me Decade delight of seeing David Carradine battle Sly Stallone for fuel-injected bragging rights, and you’ve got the stuff of a memorable mainstream romp — or Mystery Science Theater 3000. 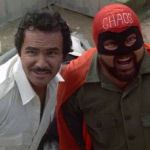 No movie could be more meta than this all-star excuse to drink, carouse, and waste a major studio’s time and money. Burt Reynolds, at the top of his game and fame, orchestrated this collection of creaky old vaudeville blackouts interspersed with director Hal Needham’s expertly staged stunts. It’s like watching a Dean Martin roast on Quaaludes as assayed across the various highways and byways of these United States. The result is a Poseidon-less Irwin Allen disaster film, emphasis on disaster. 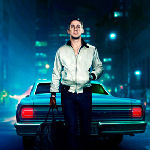 For our first of two entries where the motor vehicle business takes a decided back seat to all the dramatics flying by, we’ve chosen this recent winner from Danish maverick Nicolas Winding Refn. Focusing on an LA outsider (Ryan Gosling) who loans his expert getaway driving skills to various criminal rackets — with limitations — we get a series of terrific action set-pieces. But it’s the brooding nature of our lead and the various cruel and craven characters he associates with that make this post-modern noir a winner. 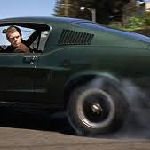 There was no bigger star than Steve McQueen when this highly influential film hit screens in 1968 — and his fame would only grow after it. Featuring a chase through the streets of San Francisco which set the benchmark for all future car chase sequences to come, this thrilling police procedural saw the actor play a cop trying to protect a mob witness who is scheduled to testify before the Senate. Naturally, there are forces who do not want him to. It all ends in a tear of tire squeals. 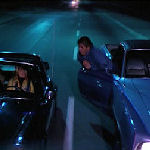 Inspired by the Cannonball Baker Sea-To-Shining-Sea Memorial Trophy Dash (reminds you of another title on this list, doesn’t it), this semi-serious race film features several teams running from New York to the Queen Mary in Long Beach with “no catalytic converters, no 55 mile per hour speed limits… basically, no rules.” Featuring an early appearance by Raul Julia and Gary Busey, the finished product inspired dozens of imitators both on film and in real life. There are still states which hold annual Gumball rallies. 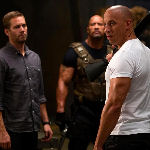 With the untimely death of Paul Walker on November 30, it’s important to note that there was/is more to this franchise than just ferocious automobiles and ungodly driving skills. Especially in this six installment (the best of the bunch), there’s a real sense of family to be found among the onscreen personalities, and those playing them. The premise sees the government hiring the F&F team to take down a rogue British madman. The resulting motorized mayhem makes Walker’s passing all the more prescient, and sad. 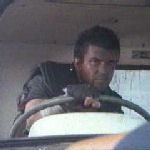 After surviving the initial post-apocalyptic crime sprees of Mad Max, this sequel catches up with the former highway patrolman (Mel Gibson) as he tries to help a group of fuel refining “normals” move their product to the big city (or what’s left of it). Standing in their way? The lack of a vehicle, and a muscled freak and his clan of violent post-punk hooligans. Director George Miller set the tempo of ’80s action, introducing a kinetic realism that can be felt in every minute of this movie’s spectacular chases. 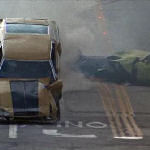 Sure, the 2000 remake “inspired” by this film has all the star power, but this brilliant throwback to the days of practical stunts shows why CG and slick editing will never compensate for trained drivers on a closed course. The premise is basically the same — a collection of thieves must steal 48 cars in just a few days — but the finale features a 40-minute action melee that has to be seen to be believed. Only The Blues Brothers destroyed more vehicles during filming. 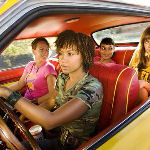 For his part of the proposed recreation of the Grindhouse experience, Oscar-winning auteur Quentin Tarantino decided to make the definitive car chase film. The main narrative has a retired stuntman (Kurt Russell) using his modified muscle ride to stalk and slay some pretty young things. When his latest victims turn the tables, it’s time for a rollicking bit of road rage which sees the ladies out-drive the gent, and then get their cruel comeuppance. Not quite the drive-in, but delightful nonetheless. 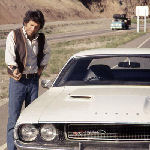 It all starts out simple enough. A former Vietnam Vet and disgraced cop (Barry Newman) works as a car delivery driver. His next gig? Take a white 1970 Dodge Challenger R/T 440 Magnum to San Francisco. Scoring some speed for the long journey ahead, he soon finds himself surrounded by police hellbent on bringing his overzealous road raging to justice. Defiant, and determined to complete his job, the man known as only “Kowalski” sets off across the Western deserts, leaving dust and a few dead… engines in his wake