The Visit
By: Bill Gibron

I was told there would be cookies.
Buy It From Amazon
Buy It On DVD
Buy It On Blu-Ray

There are several factors working against The Visit, first and foremost is that it’s latest from M. Night Shyamalan, a filmmaker whose recent output has suggested an artist in a creative downward spiral, not someone capable of a career rebirth. Second, this is a found footage horror film, a subgenre that hasn’t been viable since [REC] reinvented it back in 2007. Nothing Shyamalan does here suggests a need for the first person POV perspective. Third, there’s a twist and it’s not very good. It plays like the old Twilight Zone episodes that Shyamalan seems to worship as narrative guides.

But the biggest problem with this otherwise average scarefest are the two main characters. Rebecca (Olivia De Jonge) and Tyler Jamison (Ed Oxenbould) are the creations of a screenplay, not actual, authentic kids. She wants to be a filmmaker (thus the constant use of her camera). He wants to be a rapper, which means the movie offers forced laughs at the hands — and vocal skills — of this Vanilla Ice wannabe. Add in a setup which is slightly specious and you have a mountain of mediocrity to overcome.

Sometimes, Shyamalan succeeds. There are some creepy moments in The Visit, most occurring once our two underage heroes head out to their grandparents’ house. John (Peter McRobbie) and Doris (Deanna Dunagan) are estranged from their daughter (Kathryn Hahn) and this indirect reconciliation is over a decade in the making. The kids don’t necessarily want to go, but an inherent curiosity over why their mother left home draws them in. Once we are at the remote location, Shyamalan turns up the tension, creating a mood and atmosphere that the storyline and cartoon characterization constantly undermines.

The main hook here is that John and Doris demand that Rebecca and Tyler never leave their room after 9:30PM in the evening? Why? Well, that’s the investigative part of the plot, and sadly, the final reveal doesn’t live up to the jump scares and false starts. Anyone whose seen a Hammer film or read an EC Comic (Tales from the Crypt, The Vault of Horror) will see the surprise coming. And yet The Visit is not a complete failure. It’s not The Happening. It’s not After Earth. It is, however, a desperate plea for relevance by a filmmaker who used to create amazing reconfigurations (The Sixth Sense, Unbreakable) of cinematic standards.

Clearly, this is Shyamalan’s attempt at contemporary consequence. Even an acclaimed TV series (Wayward Pines) has done little to remove the flop-sweat for the former “Next Spielberg’s” brand. Those going into The Visit expecting the same old swill might be stunned at how effective some of the sequences are. But then Tyler starts spitting rhymes and Rebecca dons her misunderstood artist cap and we are back to the bad comedy. Audiences raised on such realities might laugh at the notion, but for anyone over a certain age, our duo in distress are just irritating.

The basic foundation of the story also begs for a closer examination. If you hadn’t seen your parents in nearly 20 years, had no idea who they are now or what they are up to as a couple, would you dump your kids off with them, sight unseen? After all, you had issues with them in the past — why would time make you less concerned for your offspring. Wouldn’t you be more so? Hahn tries to sell her part of the setup, and we almost buy into it, but just like most of The Visit, the logic seems weak, like everything except the tone.

Shyamalan tried a minor macabre experiment like this before when he produced and wrote the film Devil. Its people trapped in an elevator idea worked in part because it didn’t really play by the director’s established rules. The Visit goes back to that book and finds a new angle or two. It also discovers the same old flaws which flummoxed Shyamalan in the first place. 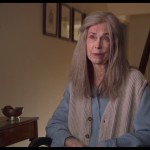 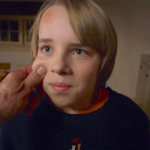 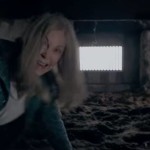