The Trip To Spain
By: Bill Gibron

When it arrived in theaters way back in 1981, My Dinner With Andre was unique. Nothing more than a conversation between actor/ playwrite Wallace Shawn and his talented pal, writer/actor/director Andre Gregory, it proved that, sometimes, clever words wrapped around intriguing ideas is all a cinematic entertainment needs. It’s the main impetus behind the brilliant Trip films from Michael Winterbottom and his partners in comedic crime, Steve Coogan and Rob Brydon.

Yes, there’s the whole “eating” aspect of the narrative, the former usually tasked with reviewing the local cuisine while the latter complains about his career choices and family life. But we don’t really come to these films to find out what the fictional versions of Coogan and Brydon are up to. We come for the repartee, and as with the original Trip and The Trip to Italy, it’s quick-witted, endearing, and very, very funny.

Once again culled from a six-part UK TV series, The Trip to Spain moves the action to the title location. This time around, Coogan is dining out on his recent Oscar success (a nomination for the Philomenia script) while Brydon is busy being a dad. When both are asked to collaborate on a culinary crawl through some of the most amazing food choices in Europe, the same old rivalries unfold. Coogan is still a bit of a pompous ass, while Brydon believes his nice guy persona will eventually win out in their fame war.

But the narrative twists aren’t really all that important, especially when you realize that our comedians aren’t really playing themselves so much as idealized versions of what they think their public reputations are. Even the “family’ featured are actors. Much of this is needed for the running series, a way of keeping audiences coming back for the next week’s installment. But with everything condensed into a big screen running time, the plotting feels superfluous. All we want is Coogan and Brydon squaring off, celebrity impersonation vs. celebrity impersonation, and we get plenty of that here.

“My Cocaine” is back. Apparently, Coogan and Brydon can’t come together and not constantly reference and name check the British acting institution. In fact, their dueling takes on the Artist Formerly Known As Alfie are so astute and studied that we laugh, even when there’s no real joke involved. It’s the same with the other voices the duo delve into. It’s a pure partnership, each half adding up a homogeneous and hilarious whole. Even in these fictionalized versions of themselves, Coogan and Brydon bring a great deal of complexity. We can view them one way, only to have a phone call or photo shoot bring out another intriguing aspect.

With dozens of destinations to consider and the continuing cooperation of the man behind the scenes and the ones in front of the camera, the Trip movies could continue indefinitely. They may not be making grand cinematic statements, but for a genial eavesdrop into to the lives of performers who long to make each other (and the audience) laugh, something like The Trip to Spain is a welcome respite. 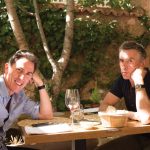 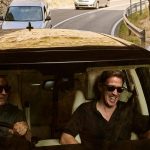 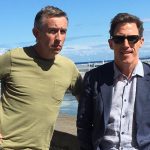