When we were growing up (those of us born in the ’50s and ’60s, that is), we were promised a tomorrow filled with flying cars, high tech toys, and robotic servants. Even as we debated concepts like creating life where none existed before, we always envisioned the end result as a benefit to our world, not a plague. Unfortunately, Hollywood and its view of science fiction has always argued against such peace, instead inferring that any active automaton will eventually turn on its master. With that in mind, and the release of Guillermo Del Toro’s giant monsters vs. elephantine machines movie Pacific Rim, we highlight the 10 best examples of Tinseltown’s take on the cyborg. Most are decidedly dark and cautionary. A few are friendly. But almost all suggest that we are not ready for the future we were promised… and they are probably right. 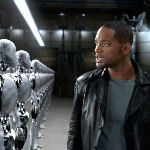 Yes, the Will Smith action vehicle has very little to do with the famed short story collection by speculative fiction icon Isaac Asimov, but thanks to the man behind the lens, there’s much more here than stunts and spectacle. Alex Proyas, an amazing creator of cinematic worlds, populates his future-shock Chicago with the kind of servant automatons that you know will end up rebelling against their human masters. The resulting mayhem doesn’t take away from the film’s deeper meanings, however. 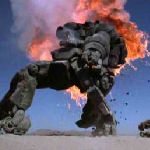 Here’s a guilty pleasure if there ever was one. Stuart Gordon, Mr. Re-animator, clashed with Empire Picture’s Charles Band over the tone and approach to this film, but when all was said and done he had creating a cult classic. The premise sees a post-nuclear world resolving its issues via gladiator-style matches featuring giant, human-piloted robots. Inspired by the original Transformers, Gordon gave his take on global politics a far more serious spin than Band wanted. The result is uneven but a lot of fun. 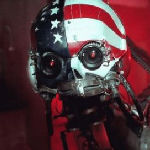 In a typical dystopian wasteland, a soldier purchases some salvaged robot parts for his artist girlfriend. She ends up recreating a deadly government experiment capable of independent thought, self-repair, and rampant destruction. Richard Stanley’s unusual allegory, released in 1990, became a beloved obscurity, though some simply called it “Alien with an evil machine instead of a xenomorph.” Thanks to his astonishing vision, however, the filmmaker finds a way to make such cliched cat and mouse games his own. 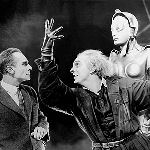 It’s hard to believe that this film is over 85 years old. While its silent movie message about man and conformity is decidedly dated, the technology used by director Fritz Lang still feels cutting edge. This is especially true of the narrative’s centerpiece — the transformation of a steely eyed robot into the spitting image of a beloved female activist. The plan is to use the mimic as a means of putting down a rebellion among the workers. The actual result is another example of the dangers when man plays God. 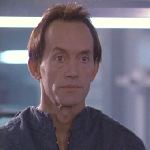 We include these films, though they are technically about the battle between humans and acid-blooded extraterrestrials, because of the main plot catalysts involved. In Ridley Scott’s original, a robot named Ash undermines the crew, HAL 9000 style, to bring back a sample of the killer creature to his corporate bosses. In James Cameron’s crackerjack sequel, an “artificial person” named Bishop helps save the day. Add in Annalee Call from Alien: Resurrection and David from Prometheus and the franchise robo-family is complete. 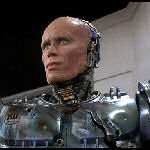 There is more going on in Paul Verhoeven’s social commentary than meets the eye. Sure, it centers on a policeman who is “rescued” and merged with a machine to become future Detroit’s salvation, but there’s also the corporate criminality element, the total dystopian destruction of the justice system, and the problems with privatizing same. Along the way, Verhoeven inserts his own imperceptive allusions (he has often called the title character his version of Jesus Christ) and a surreal darkly comic element that’s incredibly subversive. 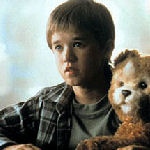 When it was announced that Stanley Kubrick’s estate had hand-picked the King of the Blockbusters to take on the auteur’s proposed interpretation of Brian Aldiss’s short story “Super-Toys Last All Summer Long,” many feared the worst. After all, how could the mind behind E.T. and Raiders of the Lost Ark bring the same kind of seriousness to this project as Kubrick? The answer remains one of Steven Spielberg’s forgotten masterworks, one of the most devastating looks at the trials of parenting ever put on film. 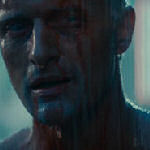 Ridley Scott again, and this time he is taking on the robot front and center. In his version of Philip K. Dick’s Do Androids Dream of Electric Sheep?, the visionary director created a future Los Angeles so detailed and alive that it often threatens to overwhelm the crime/noir aspects of the narrative. But it’s Rutger Hauer as the angry automaton who wants more time that steals the film away from its scope. He turns all the bright bells and whistles into so many tears in the rain. 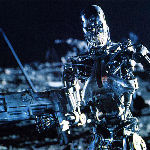 James Cameron’s Terminator (by way of Harlan Ellison and The Outer Limits) brought robots back from the brink of George Lucas’ lameness. By creating the character of an unstoppable assassin that’s also a unfeeling cyborg, he crafted a favored franchise as well as giving Arnold Schwarzenegger a true movie career. But it’s the second film in the series that sells the best of what this premise has to offer. With our villain turned heroic and an aggressor made of liquid metal, the entire notion of threat is turned on its hard, steel skull. 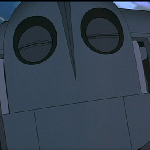 Brad Bird is a genius. Instead of going the cool contemporary route with his animated take on Ted Hughes’ novel, he went back to pen and ink basics, instilling this story of an oversized robot from outer space into one of the most heroic and heartwarming films ever. Let’s face it, the finale, where our metal machine discovers his humanity and decides to save the day, “superhero” style, remains one of the greatest moments in any movie, cartoon or otherwise. A true classic that was dismissed when it was initially released. Today, it’s one of its maker’s many masterpieces.