Today, comedy and horror are like peanut butter and chocolate. We can’t remember a time when the two weren’t part and parcel of each other’s make-up, and everyone is convinced they go great together. But not too long ago, fear and fun were barely on speaking terms, the laughs left to efforts that specifically went for the giggles, not gore. As Scary Movie enters its fifth installment, here’s a look back at 10+ titles that attempted to merge the macabre with the madcap. The results weren’t always spot on, but they also helped make movies like Sam Raimi’s classic combo Evil Dead 2 possible. 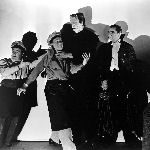 It made perfect crossover sense: Take Universal’s famous monsters and pair them up with the studio’s main comedy couple. Over the course of the next 15 years, they would meet up with everyone from Bela Lugosi’s Dracula to Dr. Jekyll and Mr. Hyde. The result was a string of hits that often serve as a child’s — and the occasional adult’s — introduction into the world of old fashioned scary movies. 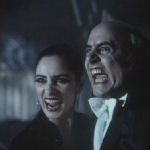 Those ’70s stalwarts, the husband and wife team of Richard Benjamin and Paula Prentiss, jumped on the post-Jason bandwagon, and with a little help from Roger’s daughter Julie Corman and a demo ripe for exploiting, they came up with this witty, yet often weak, spoof of the haunted house tale. There’s ghouls and ghosts o’plenty, but unlike the title suggests, nary a psycho slasher can be found.

#8 – The Lost Skeleton of Cadavra 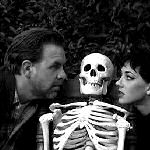 Trying to make a bad movie on purpose hardly ever works. Trying to reference the schlock of the ’50s and early ’60s while keeping your post-millennial irony intact makes it even worse. Luckily, the individuals behind this uneven humor homage to Ed Wood and Burt I. Gordon know their crap. They keep things just cheeky enough to warrant a contemporary attention span, while overloading the script with obvious B-movie nods. 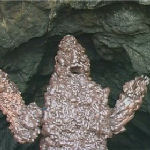 Independent filmmakers are always looking for a way to break into the business. Fright is one of those genres that’s both profitable (most of the time) and popular (ditto). So it comes as no great surprise that this ridiculous riff on the monster movie would be so off-color… and so hilarious. After all, who can’t love an effort which features a serial killer merging with sewage waste to become a giant murderous poo creature? 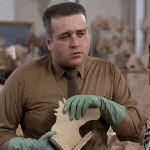 Before this take on Halloween and Friday the 13th, Mickey Rose was known as one of Woody Allen’s childhood friends… as well as a collaborator on the scripts for the auteur’s initial offerings Take the Money and Run and Bananas. Here, a psycho known as “The Breather” stalks nubile young girls, using random classroom items as his means of death dealing. Three decades ago this was a scream. Today, not so much. 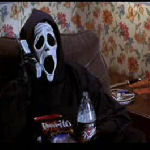 Inspired by the fourth film on this list, the brothers Wayans decided that the entire creepshow category needed a bust in the chops. Adding in a healthy dose of gross out gags and over the top bad taste, they managed to out-crude the competition and spawn an entire fright franchise. Sadly, the most recent installments have none of the original’s drive, vigor, and dare it be said, wit. 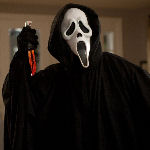 While it’s more straight-ahead terror than outright spoof, Wes Craven’s reinvention of the slasher film stands as a perfectly meta commentary on the fright flick subgenre. Within its traditional blood and guts is a goofy layer of self-reflection that turns several scenes into a combination of horror and humor. While the sequels tended to veer away from said amalgamation, the original stands as a bold benchmark. 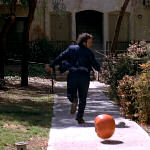 of the Killer Tomatoes

The title alone should tell you where this movie’s main motives lie. More or less a surreal repackaging of the Kentucky Fried films of the ’70s with a wink and a nod to giant monster movies, the entire enterprise feels like someone’s private joke that became public awareness. And let’s not forget the amazing musical score, including the raucous title theme and the internal “hit,” “Puberty Love.” 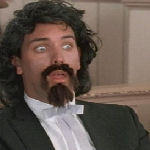 Before they would put the Podunk Colorado town of South Park on the map, Trey Parker and Matt Stone made a name for themselves with this clever combination of old fashioned Hollywood musical and splatter fest. Dealing with a real-life case of frontier era cannibalism, the boys turned their college film school assignment into one of the best examples of the horror spoof ever.

Mel Brooks remains the king when it comes to topical, tasteless lampoons. There are still no better satiric social commentary than Blazing Saddles. Here, he uses a love of Universal monster movies and the arch, arcane way they treated their material to mock everything Mary Shelley’s modern Prometheus stands for. Gene Wilder is especially good as the mad scientist who wants to play God. A true masterpiece and the pinnacle of mixing fright with funny business.