Whenever we think of action heroes, we automatically assume that someone is a male. That’s because, all throughout the history of the genre, Hollywood has had a problem with putting the outdated notion of “the fairer sex” in harm’s way. It took the exploitation industry and its drive-in dynamic to allow ladies to fight like men, and what producers soon discovered is that audiences kind-of liked it. Now, we regularly see women putting the smack down, and not just for stereotypical rape/revenge reasons. We currently live in an age of able female action heroes, from comic book champions to good old-fashioned gender role reversals. With that in mind, and the recent entry Lucy by Luc Besson now topping the charts, we’ve come up with our list of the 10 best butt-kicking babes ever. All of them are lovely. They are also very, very lethal. 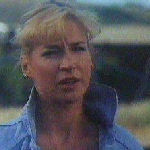 Most film fans have forgotten about the amazing martial artist Cynthia Rothrock. Throughout the ’80s and early ’90s, this five time World Karate Champion dominated the direct to video title shelf with her commercial combination of beauty and ballsy fighting skills. After years paying her cinematic dues in Hong Kong, she got a starring role in this oddball revamp of the whole Walking Tall/good cop vs. corrupt town title. While her onscreen presence is a tad limited, she makes up for it in ability to kick all kinds of butt. 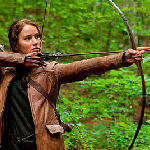 Granted, she becomes more symbol than slayer over the course of Suzanne Collins trilogy, but so far, filmwise, Katniss is everything a modern grrrl power proclivity could want. She’s emotional. She’s determined. And perhaps, most importantly, she’s deadly with a bow and arrow. During the narrative of the first two films in the franchise, it’s a combination of scientific smarts and assassin’s skill that helps her survive. While the next movies may undermine some of this, she’s still a harmful heroine. 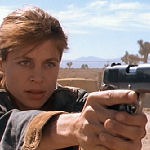 In the first movie, she’s a victim, hauled around by a male hero to avoid getting destroyed by a killer robot. In the seminal sequel, Sarah is now a rebel, fighting against Skynet and the system to avoid a need for “two million sunblock” (a.k.a. all-out nuclear annihilation). As a matter of fact, it’s her new-found guerrilla combat competence that keeps her all important son, John, and a returning “good” automaton from dying at the hands of an unstoppable liquid metal madman. 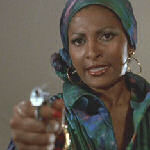 She’s the Queen of Blaxsploitation Revenge, a smokin’ hot mama who knows how to deliver the payback when pushed. After seeing her government-agent boyfriend murdered by some drug thugs, Foxy goes undercover at a modeling agency/white slave ring. Before you know it, dudes are getting castrated and pimps are being burned alive. Pam Grier, all sex and savagery, really made this material work, using her obvious physical allure to defy expectations and turn Foxy from a victim to victor in the slash of a blade. 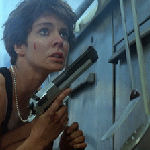 Luc Besson made a splash some 24 years ago when he introduced the character of Nikita, a teenage junkie kidnapped and reconfigured as a deadly spy as part of a secret government plot. After passing her final training test, Nikita becomes a somewhat settled assassin. When she eventually messes up a mission, she must work with fellow bad-ass Victor “The Cleaner” to set things right. Overloaded with stylized action, Nikita was one of the first pure post-modern female action heroes, both psychologically and pragmatically. 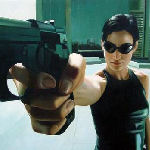 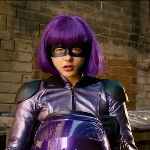 She’s barely out of grade school and yet has a mouth on her that would shame the saltiest sailor. She’s also the most effectively savage vigilante/superhero her desperate, crime-riddled town has. Capable of deadly hand-to-hand combat, she has been trained in various weaponry as well as how to take a bullet. Thanks to her dad’s diligence, she is ready for anything, and when that inevitable call comes, she arrives with guns blazing. This is one gal who takes her nickname very seriously. 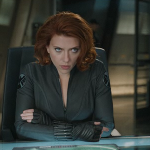 She doesn’t have a real “super” power. She’s not a playboy billionaire with a computerized suit, a scientist plagued by rage-enabled shape-shifting, a genetically engineered soldier, an expert archer, or a fallen extraterrestrial God. No, she’s just Natalia Romanova, a former Soviet spy who defected to the U.S. and now helps S.H.E.I.L.D. battle the various forces of evil both on Earth and elsewhere in the universe. Interestingly enough, even without some artificial agility, she’ still one of the more lethal members of her avenging group. 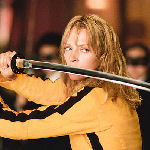 So… you’re a trained assassin double-crossed by your equally adept murder-for-hire pals. What do you do when their attempt to silence you (and steal your unborn baby) doesn’t quite succeed? If you are Beatrix Kiddo, aka The Bride, in Quentin Tarantino’s ode to the Shaw brothers, you get yourself a Hattori Hanzo samurai sword, locate your treasonous “friends” one by one, and begin the process of gory, blood-splattered payback. Sure, it may seem excessive, but once a comely killer with a vendetta… 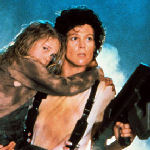 “Get away from her… YOU BITCH!” This is about all you need to know about the former female warrant officer turned xenomorph fighting bad-ass. While in the original Alien the character was more of an “accidental” heroine, the introduction of tiny survivor Newt in the James Cameron-helmed sequel inspired a manic combination of maternal and murderous instincts, leading to one of the greatest last act confrontations between protector and predator ever! Even without her mechanical dock loader as support, Ripley is defiant, and determined, to end this space bug queen’s reign.