The Titan
By: Valerie Kalfrin

I see all blue people.

The Titan takes a timely and tantalizing premise about finding a new home after Earth becomes uninhabitable and squanders it completely. Released in the United States on Netflix, the film suffers from slow pacing, shallow characters, and faulty logic before it goes right off the rails.

The year is 2048. Earth’s environment is in such poor shape that its resources are depleted. Humans need a new home, but instead of making another atmosphere in the solar system breathable, The Titan proposes evolving humans to fit a new habitat.

Professor Collingswood (Tom Wilkinson of Snowden) has selected Titan, a moon of Saturn, as the new digs. He’s also chosen a handful of people to become “enhanced humans,” including Rick (Sam Worthington of TV’s Manhunt: Unabomber), who survived in the Syrian desert for three days but whose biggest asset seems to be no curiosity.

“Pioneering isn’t without its risks,” Collingswood warns, to which Rick replies, “Well, the first one through the door always gets a little bloody.”

Worthington vaulted to fame with 2009’s Terminator Salvation and Avatar (he’s slated for four additional Avatar films). I thought he was good as a flinty captain in Hacksaw Ridge, but here, he’s a bland blank slate. He also doesn’t get much help from the script by Max Hurwitz (TV’s Hell on Wheels, Manhunt: Unabomber), with a story by Arash Amel (Grace of Monaco).

It’s no spoiler that the plot involves genetic tampering. Rick and the others need hundreds of injections so they can breathe nitrogen. But characters become shocked—shocked!—when the test subjects lose hair, grow gills, and begin to look and act less than human.

Taylor Schilling (Orange Is the New Black) plays Rick’s wife, Abi, a pediatrician who doesn’t ask until late in the game what these injections are doing to her husband. The two have a young son (Noah Jupe of A Quiet Place), whose defining qualities are reading books about space and having a nightlight that projects stars.

Other characters are drawn so poorly, they’re tough to tell apart. Nathalie Emmanuel (Furious 7, Game of Thrones) makes a small impression because of her friendship with Rick, and because she’s recognizable from Furious 7 and Game of Thrones.

German director Lennart Ruff makes his feature-film debut with The Titan. The film promises questions that sci-fi loves to explore, such as what makes us human, then doesn’t bother asking whether sacrificing our humanity is irrelevant when the human race’s days are numbered. (Granted, if the world were in such dire straits, Rick and the others wouldn’t have much of a choice, anyhow.)

Instead, The Titan embraces horror and abandons logic. Once Rick and the others can breathe more nitrogen-rich air, they don’t have trouble breathing on Earth. And once they prove dangerous, they’re still sent home to hang out with their families.

Plus, with all the talk about hope for humanity, The Titan is vague on how this project is supposed to help. Will Titan’s new residents transform the atmosphere for humans? Or are humans supposed to “evolve” to colonize Titan?

The Titan is good at painting its characters into a corner, then lets them traipse all over the place. 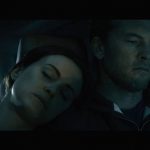 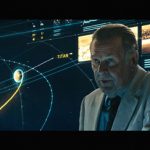 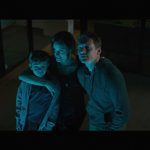 One thought on “The Titan”