The Secret Life of Pets
By: Bill Gibron

Meet the New Boss...
Buy It From Amazon
Buy It On DVD
Buy It On Blu-Ray

Take Toy Story, anthropomorphize the animals, not a child’s playthings, add in a touch (just a touch) of bawdy humor and build in some heart toward the end and you’ve got the basics for The Secret Life of Pets, a rife rip-off that manages to hold its own as a cute, clever entertainment. Made by the people responsible for Despicable Me and those films beloved Minions and crafted to tap into our current animal-ccentric society (social media loves it some kooky cats, right?), this enjoyable romp argues why other family films fail.

Indeed, The Secret Life of Pets concentrates on two things otherwise lacking from most aimed at the anklebiter offerings–characters and concern. Thanks to the amiable voice work and joke-filled script, we get to know these new four-footed friends, while the narrative puts them into a situation where even the most cynical minds would melt. It may not be 100% successful and feels a tad redundant at times (after all, Pixar did this first, and best), but as a light Summer entertainment, it’s a winner.

We meet Max (voiced by comedian Louis C.K.) as he prepares to spend the day outside the watchful eye of his caring owner Katie (Ellie Kemper). He and the other pets living in this NYC building enjoy hanging out, listening to music, and getting into mischief. When Katie brings home a new dog named Duke (Eric Stonestreet), Max feels threatened.

His plan to excise his new “brother” from the living arrangements ends in disaster, and soon both pooches are wandering the streets of Manhattan, trying to avoid Animal Control while coming under the influence of a deranged bunny named Snowball (Kevin Hart), the leader of a gang of abandoned animals known as the “Flushed Pets.” Before you know it, Max’s old friends, including a Pomeranian named Gidget (Jenny Slate) are out to save them.

With stellar voice work from the likes of Steve Coogan, Hannibal Buress, Lake Bell, and Albert Brooks, and just enough PG antics to keep the parents happy, The Secret Life of Pets finds a wonderful balance between buoyant and banal. It bounces along almost effortless, only rarely getting caught up in ambitions it doesn’t really want to address. Friendship, the bond between humans and their fur babies, the competition between old and new pets, it’s all there in fun, fresh (if still a bit familiar) ways. We get caught up in the dynamic, enjoy the sequences where “when the cat’s away” takes on a literal meaning, and feel slightly saddened by Hart’s crew of discarded creatures.

But The Secret Life of Pets can’t quite shake its ability to be compared to that previously mention Pixar masterpiece. Woody and Buzz may be inanimate pieces of plastic in reality, but the artists behind their tale found decidedly human ways to show off their situation. Here, the voices have to do most of the work since the character design borders on the surreal, constantly reminding you that this is a cartoon. There is also a bit too much physical shtick, something the Looney Tunes could get away with in small short film doses. Here, it often feels like a way to pad the running time.

Still, The Secret Life of Pets succeeds because it makes you laugh and it makes you care. You want to see what happens to Max and Duke, wonder how Snowball will get his revenge, and pray that the Animal Control truck is nowhere to be seen. While far from a classic, this is the kind of film parents dream of–a decent little diversion that will make the wee ones happy while keeping them in check for 90 odd minutes. And who knows–there’s something for Mom and Dad as well. Now that’s a true “family” film. 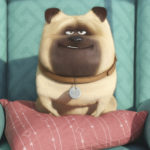 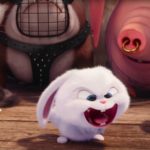 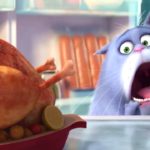 2 thoughts on “The Secret Life of Pets”