The Purge
By: Bill Gibron

Can't they read? "No Solicitors!"
Buy It From Amazon
Buy It On DVD
Buy It On Blu-Ray

It’s the year 2020 and America is experiencing unheard of prosperity. Crime is almost non-existent and unemployment is below 1%. The reason behind this sudden social shift? Something called “The Purge,” a government mandated night of violence where all crime is legal. For 12 hours, citizens of the United State can commit any offense they want, including murder, and not pay a penalty for doing so. The resulting psychological catharsis has created a country filled with passive patriots, all believing in the “Founding Fathers” who created The Purge while arming themselves to the teeth and buying expensive security systems for their homes.

On this particular night of The Purge, the Sandin family — father James (Ethan Hawke), mother Mary (Lena Headey), angry teenage daughter Zoey (Adelaide Kane), and sensitive son Charlie (Max Burkholder) — are settling in. Dad has just been named the top salesman for his company and the neighbors are a bit jealous of his sudden upward mobility. During the course of the evening, Charlie sees an injured man (Edwin Hodge) begging for help and, against his father’s wishes, lets him in. This makes the gang chasing him — a group of preppy young adults lead by an enigmatic brute (Rhys Wakefield) — very upset. They demand the Sandins send him out… or they will use whatever means they can to come in and get him. A stand-off ensues.

As a bevy of decent ideas unexplored and poorly executed, The Purge barely passes the thriller test. It is an attempted twist on the home invasion film which fails as both suspense or social commentary. Writer/director James DeMonaco has come up with a crackerjack idea (as illogical and impractical as it is) and even has some intriguing subtext (the use of The Purge to rid America of its poor, homeless, and disenfranchised) at his disposal. But instead of exploring the why, he’s far more interesting in the dull family drama playing out among his actors. Indeed, the first 15 minutes of this scant effort are spent watching Zoey suck face with her much older boyfriend while Charlie gives every indication that he’s a psycho in the making. As with most of the material here, however, both elements lead nowhere and merely try our patience.

So do other loose ends like the whole concept of The Purge itself. How, exactly, does it work (the brief scientific explanation plays like an outtake from an educational film) and how can society justify potential acts of mass murder (say, one person entering an orphanage and killing every kid inside) as a panache to peace? Better still, if James has been making huge sums of money off security systems that may be less than sound, why would this be the particular night when said flaws are exposed? For their parts, the baddies are just masked placeholders with Rhys Wakefield convinced that he is offering a star turn as the mob leader. His work is so arch and over the top, however, that the more realistic work of Hawke and Headey gets cancelled out.

There are a myriad of other unexplained issues here — like why there is no back-up security plan (like a panic room or a vault-style basement bunker) or the whole “boyfriend” thing. The Sandins also have a last act change of heart that, without it, the movie would have no conclusion. And then there is the “twist,” or what proposes to be one, that signals the senselessness of the actions to begin with. Instead of whisking us away on waves of tension and dread, The Purge promises things it has no intention of delivering. The result is a dumb, dopey excuse for something that could have been both entertaining and insightful. 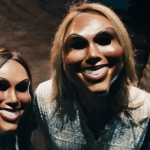 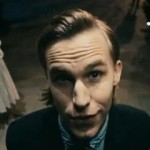 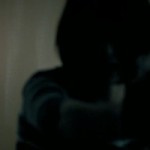 4 thoughts on “The Purge”