The Normal Heart
By: Bill Gibron

You won't like me when I'm angry...
Buy It From Amazon
Buy It On DVD
Buy It On Blu-Ray

When it landed Off-Broadway in 1985, few were ready for Larry Kramer’s incendiary indictment of the AIDS crisis (and the handling of same), The Normal Heart. Pointing fingers both outside and within the gay community, as well as trying to educate the masses while turning statistics into living, suffering real people, it was a controversial effort indeed. As much a narrative as an example of artistic indignation, it’s initial success didn’t really translate into game changing policy. In fact, it’s taken nearly 30 years for the celebrated show to be made into a movie. It’s been revived numerous times, but never for another medium. HBO’s eventual take on the play proves its power, as well as the problems, of dealing with the disease in such a strident, restricted light.

The main narrative focuses on activist Ned Weeks (Mark Ruffalo). An openly homosexual writer with some Hollywood renown, his current focus is on a mystery disease which seems to be taking many of his closest friends. When his friend, Bruce Niles (Taylor Kitsch) loses his boyfriend to this so-called “gay cancer,” Ned decides that something needs to be done. Recruiting Dr. Emma Brookner (Julia Roberts), one of the few physicians trying to treat the illness, he wants to raise awareness. Of course, most of his connections are closeted and don’t want their lifestyles linked to a perceived “plague.” In the meantime, Ned falls for a New York Times reporter (Matt Bomer) while trying to convince his lawyer brother (Alfred Molina) to provide free legal advice to the newly formed Gay Men’s Health Crisis organization.

A good subtitle for this particular production of The Normal Heart would be “homosexuals haranguing each other,” and with good reason. Kramer has pitched his play so much into the outrage and anger side of the epidemic’s earliest stages that it’s hard to see any subtlety. Indeed, this is very much a protest piece, the obviously misguided decisions of the time playing that much more mind-boggling 30-some years later. When he first wrote it, AIDS was still a verboten subject. It was propagandized with all manner of misinformation. It wasn’t until the latter part of the decade that President Reagan even acknowledged the problem. Back then, Kramer was just trying to get a voice, any voice, heard.

Now, with a possible vaccine on the horizon and the infected living long, prosperous lives, The Normal Heart seems overly shrill. The message still has meaning, but it’s delivered in diatribes and rants, not rationalizations and realities. Of course, if viewed as a time capsule, as a way of seeing how backward we were once upon a time, the movie version more than succeeds. Like similarly styled films about racism, or other equally important social causes, just getting a chance to learn from our past mistakes makes up for the closed-off perspective. In 1983, it would be silly to see someone arguing for calm. Today, it would be standard operating procedure.

Thankfully, the performances carry us past some of the storyline’s more screed-like sections. Ruffalo is excellent, bringing some much needed self-awareness to Ned’s otherwise narrow viewpoints. You can see the sensitivity simmering beneath his hate-hardened surface. Julia Roberts is also very good as the doctor who’s watching her practice die off, daily, and Alfred Molina does a nice job of balancing his bigotry with a real desire to help his brother. Some of the “pretty boy” performances — Kitsch, Bomer — lack a legitimate level of depth, but The Normal Heart wasn’t written as a character study. Instead, it was intended as a wake-up call, though few outside the affected awoke.

As an important first step in understanding the story of AIDS, The Normal Heart is more than sufficient. Along with the equally engaging Angels in America, it proves that, sometimes, art does a better job of understanding history than the actual record. 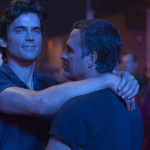 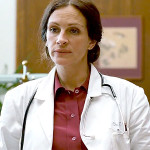 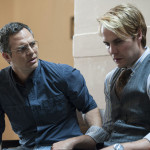