The Maze Runner: The Scorch Trials
By: Bill Gibron

How about a glass of lemonade before the scorching?
Buy It From Amazon
Buy It On DVD
Buy It On Blu-Ray

Talk about a sophomore slump. While it really wasn’t invested with anything original circa the fading YA film genre, The Maze Runner did have the title labyrinth to inspire intrigue. It may have made infrequent appearances, but the movie made the most of each and every one. Now comes the mandatory sequel, with the equally fascinating The Scorch Trials subtitle. Sadly, the promise built up the first time around devolves into the typical dystopian vision, including bombed out cities, random zombie hordes, and a government cabal that can’t decide whether to save mankind or doom them.

When last we left our hero Thomas (Dylan O’Brien) and his fellow survivors Newt (Thomas Brodie-Sangster), Minho (Ki Hong Lee), Frypan (Dexter Darden), Winston (Alexander Flores), and Teresa (Kaya Scodelario), they were welcomed to reality via a bunch of army guys and a scientific shock to the system. Now they learn that the planet has been dubbed “The Scorch” and that within the fractured wasteland are rebels and remnants from a proposed Walking Dead spin-off. Among the remaining humans are the leader of the resistance (Lili Taylor), a random rogue (Giancarlo Esposito), and a rave featuring comic actor Alan Tudyk.

Apparently, the mystery this time around is why the WCKD (the awkwardly named World Catastrophe Killzone Department) are so interested in those who solve the maze (or mazes, because there are a lot of similarly tested subjects at the organization’s headquarters). It has something to do with training, and preparations — for something. The something is never clearly defined. Also, we are supposed to see how internal squabbles between our former friends will undermine the big picture — but, again, we are vague on the endgame details. All director Wes Ball (returning) can do is amp up the action and keep things moving. No scene lasts too long, which means no message, obvious or implied, has a chance to sink in.

Sure, some of the setpieces look great. Sci-fi fans are suckers for cityscapes buried in ash, water, or in this case, the aftermath of a solar flare, and the effects render such vistas well. But nothing of consequence happens within them. It’s all eye candy and no food for thought. And let’s not even discuss the dopey zombie subplot. Granted, they are called “cranks” here, but that doesn’t mean they add anything except an unnecessary and nominal threat. Like a superhero film that believes two villains are better than one, The Scorch Trials pile on the problems, and then leave the audience to wallow in them for over two hours.

Of course, the biggest mistake made here does not come from the filmmakers or actors. No, writer James Dashner, whose novels form the basis of this mess, forgot the first rule of successful speculative fiction–your future shock must have clearly defined rules and understandable objectives and limitations. Soylent Green? It’s about thinning the population as a means of making meals for those left behind. Planet of the Apes? Super intelligent simians are evolution’s answer to what happens to Earth a few thousand years from now. The Scorch Trials has no discernible design. Dashner cheats, changing things in midstream in order to make his tale more dramatic. The movie mimics his missteps.

As a result, what could have been dark and compelling is just dumb and corny — and believe it or not, there are still three more books in this proposed series. That means the possibility of three more movies, or if things go the way of The Hunger Games and Harry Potter, four (with the last novel divided in two). Considering how unsuccessful this installment is, fans will have to hope for a foreign market push lest this otherwise subpar franchise gets cancelled. Based on The Scorch Trials, we’ll be lucky if that happens. 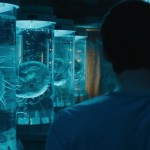 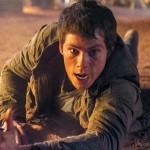 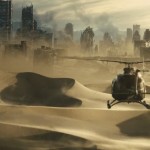