How you like my bird, Keemosabe?
Buy It From Amazon
Buy It On DVD
Buy It On Blu-Ray

You won’t see a more surreal, inventive, and often incoherent film as The Lone Ranger during the long, lingering movie malaise that is the summer of 2013. While the rest of the studios are busy ending the world via zombies, terrorist take-over, aliens, the Rapture, meta-comedy, and any number and/or combination of the same, Disney and its department of potential cash cows has come up with a sure-fire way to disappoint the fanbase while making money off the expectations of the unknowing. This ain’t your granddad’s masked man. Heck, even Lenny Bruce would find this version of the classic character more irreverent than his (look it up).

Since many who grew up with the unknown vigilante of the Wild West and his faithful “Indian” companion are past the point of caring, cinematically speaking, the House of Mouse has decided to let the contemporary crowd set the tempo of the Ranger’s possible return — and they’ve hit upon a unique solution for selling this old fashioned oater to the newbie. By giving the reins to Gore Verbinski, orchestrator of the undeniably successful Pirates of the Caribbean franchise and winner of an Oscar for his own unusual bit of horse operatics — Rango — they’ve found the right combination of commercial potential and artistic WTF. In theory and in practice, the results demand respect as well as a healthy dose of head scratching.

Make no mistake about it: The Lone Ranger is not a bomb. Instead, it’s a cocky little raspberry which cost a mere $200 million to blow. It begins with Tonto (Johnny Depp) telling his story to a little boy at a 1930s carnival. He is old, and has a weak memory, setting us up for the often obtuse way his tale is told. We then learn of John Reid (Armie Hammer), an ex-Texas ranger turned big city lawyer who returns to his home to help his beloved brother (James Badge Dale) keep the peace. When wanted criminal Butch Cavendish (William Fichtner) escapes from the train taking him to the gallows, the Reids head out to recapture him. A tragedy leaves John near death. Rescued by Tonto, he is offered a chance at vengeance via the wearing of a mask and the way of the gun. All paths lead to Cavendish, a possible association with train magnate Latham Cole (Tom Wilkinson), and an approaching war with the Cherokee.

Oh, but there’s more to the movie than this. Much more. We get Helena Bonham Carter as a red-headed madam who happens to have a scrimshaw leg that hides a lethal secret, a cavalry Captain (Barry Pepper) who loves to slaughter the native population, and a former flame (Ruth Wilson) who keeps waiting for the right moment to drop her widow’s pride and jump the Ranger’s bones. Add in a couple of train chases, a wild ride through a picturesque Monument Valley mock-up and more William Tell Overture than you’ll ever want to hear in your entire life, and you’ve got a fascinating, flummoxing experience. Our hero is not the white hat wearing icon who screams “Hi Ho Silver!” as he mounts his mighty steed. No, Tonto takes the place of champion, offering up homespun “injun” wisdom while deconstructing the entire reason for the character to exist in the first place.

In fact, it’s safe to say that this is the ultimate origin story, a movie where everyone involved is given a moment to reflection to help define their backstory and motivation. Tonto has one. So does Reid. Cole, Cavendish, and even Carter’s Red are seen in misty memory, working through their various issues to otherwise play heroes and villains. This is a narrative told through the filter of remembrance, since it’s Tonto more or less spinning the yarn to best fit his aims. And it works.

With terrific acting, abundant directorial splash, and a healthy dose of anticipation anarchy, The Lone Ranger looks destined to succeed. If it does fail, it will be a spectacular disaster. 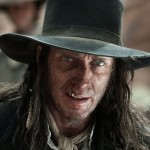 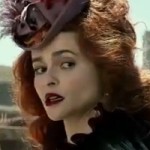 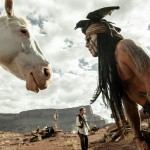