The Legend Of Tarzan
By: Bill Gibron

You not Jane.
Buy It From Amazon
Buy It On DVD
Buy It On Blu-Ray

Tarzan. Your response to the name alone may be a good way to gauge how you’ll feel about this latest incarnation of the iconic ape man. Back in Hollywood’s earliest days, Edgar Rice Burroughs’s character  was a way of getting Olympic athlete Johnny Weismuller and Maureen O’Sullivan in skimpy outfits and exotic (studio backlot) locales. Disney also did a version, complete with songs by Phil Collins, and we even had an attempt to bring a faithful take on the pulp character to modern audiences way back in 1984. It was entitled Greystoke: The Legend of Tarzan, Lord of the Apes, and that was handled by Oscar nominee Hugh Hudson of Chariots of Fire fame.

Now, in a studio system that is desperate for as many franchise-making big budget spectacles as it can force feed an international audience, we are getting another attempt at a contemporary revival, complete with a reinvented storyline, a top line cast, and a noted director. Yet The Legend of Tarzan fails on so many levels that it’s hard to pinpoint a single reason for its dullness. It’s the same fate that befell another old fashioned hero–The Lone Ranger–and another case of turn of the century values failing to find a foothold in a tech crazed 2016. It looks good and offers up the basics but just can’t connect across so many decades.

When John Clayton III, The Earl of Greystoke, aka the action hero formerly known as Tarzan (Alexander Skarsgard) is approached by an American activists named George Washington Williams (Samuel L. Jackson) to return to the Congo where he was born and raised–by apes, remember?–to investigate Belgium’s possible involvement in the slave trade, our natty nobleman grabs his hottie of a wife Jane (Margot Robbie) and heads back to the jungle. Little does he know that this plea is part of an overly convoluted plot by the King’s emissary, Colonel Rom (Christoph Waltz) to return Tarzan to the angry Chief Mbonga (Djimon Hounsou) who has a score to settle with the white man. Oh, and there are some diamonds involved. And a lot of CG gorillas.

Back in the day, the thing that drew Tarzan to thousands of readers was the idea of a lost child finding refuge in a foreign place, his animalistic urges eventually spiked, and then quelled, by the introduction of a feisty female partner and elitist birthright. It was a combination of Jekyll and Hyde, the mysteries of the Dark Continent, and a whole lot of page turning adventure. The more successful versions of the character channeled this successfully, allowing for escapism in its purest form. The Legend of Tarzan has no idea how to recreate this.

With its origin story inserts (because, naturally, we want to see Baby Clayton III surrounded by computer generated wildlife) and attempt to bring some realness to the material, director David Yates and his screenwriters Adam Cozad and Craig Brewer undo everything that’s fundamental about a Tarzan film. There is some action, but not enough. Instead, we are stuck in story that spends too much time on minor interpersonal intrigue and very little on the big picture. Yes, the notion of slavery among the otherwise noble indigenous peoples of Africa has potential, but it’s not treated with gravitas. Instead, it’s just plot mechanics, a way to get our Lord of the Manor back into the bush where he supposedly belongs.

Maybe the ladies will like looking at Skarsgard’s enhanced physique. Perhaps they’ll forgive the less than realistic animals and backdrop (this is no Jungle Book, that’s for sure) and find the narrative intriguing. For most, this will be a missed opportunity. For others, The Legend of Tarzan will be a concept that should have been left to its era. It can’t survive being brought “up to date.” 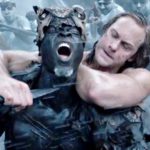 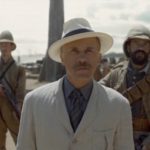 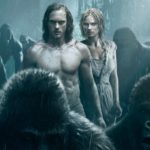