The title alone suggest something spectacular, and we’ve been down this path before with both a certain teen vampire slayer and a collection of comic ghost busters. It stars someone who has blockbusters buffering his less than successful solo turns. Indeed, as long as he’s part of a Fast and Furious family outing or a voyage with some galaxy guardians, he’s money. But on his own, with little to elevate his minor machismo bluster, Vin Diesel is a drag, a stone cold and emotion-free drag. Proof exists in this wannabe series for the struggling superstar, The Last Witch Hunter. The idea sound intriguing. The execution is just irritating.

Kaulder (Diesel) is the title character, an immortal who has spent his incredibly long life in a never-ending struggle between good and evil. It was witches you see, specifically the Queen Witch (Julie Engelbrecht), that were responsible for the Black Plague of the Dark Ages. Said succubus is also the one who killed Kaulder’s wife and child. Now, eons later (and nary a sign of aging to show for it), it looks like his nemesis is coming back. Her sect is trying to resurrect her, with plans on destroying all mankind in the process. With the help of a novice priest (Elijah Wood, who deserves better) who’s taken the place of a fallen church official (Michael Caine) and a traitor to the witch cause (Rose Leslie), he hopes to stop her and rid the world of her heinousness once and for all.

If The Last Witch Hunter sounds hokey, that’s because it is. It’s also dull, derivative, inane, confusing, and wholly calculated. Diesel demands to be taken seriously as an action hero, and when he’s not muttering a single line (“I am Groot”) or getting behind the wheel of a mayhem-causing muscle car, he’s less than exciting. It’s as if all his bravado gets boiled down to a single sullen facial gesture. Even as he battles all manner of CG critters, he’s more laconic than lethal. A movie like The Last Witch Hunter needs to be both scary and silly. Instead, director Breck Eisner (still trading on his daddy’s dwindling name) decides that everything should be taken seriously. Sans fun, this film is full of itself. Or maybe it’s just full of it.

The cast — with the exception of Diesel — seems ready to really camp it up. In fact, both Wood and Caine look prepared to put the loonier aspects of Catholic dogma in their place. But this is supposed to be an across the ages epic where one solemn (and we do mean solemn) man stands between the end of the world and a bunch of half-realized hags. There is no villainy in these weird sisters, just a lot of computer-generated hokum. With a premise like this, we either want to be laughing or legitimately afraid. Neither happens. Even the set-pieces stink of over familiarity and phoniness.

Most of this is the fault of the man in charge — which you could argue is either the mediocrity in the director’s seat (check out his resume to see if we’re being unfair) or the guy who set up this stupidity in the first place. Diesel can occasionally hit on a winning concept (The Pacifier, The Iron Giant) but this is like Riddick for rejects. It’s attempted mythmaking, and it fails as both folklore and film. If there was some interesting eye candy, we might not mind the bumbling backstory or the incredibly lame confront. We expect fireworks when the Head Witch and Kaulder finally get it on. All we end up with is a headache.

As a pre-Awards season repast, The Last Witch Hunter offers nothing of value. Thanks to the franchise foundations he’s laid, Diesel and his career will survive. Anyone witnessing this mess may not feel so lucky. 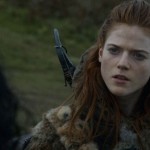 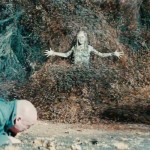 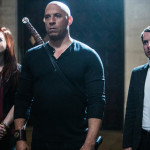