The Judge
By: Bill Gibron

Here come da judge's combover.
Buy It From Amazon
Buy It On DVD
Buy It On Blu-Ray

Just how much plot can one movie have? Here’s how much:

Robert Downey Jr. plays high-priced Chicago lawyer Henry “Hank” Palmer. He represents reprehensible rich people and is known for getting these guilty bastards off scot-free. His marriage is crumbling though he adores and cares for his cherubic daughter (Emma Tremblay). As we soon learn, he hasn’t been back to his hometown of Carlinville, Indiana in years. He’s had a falling out with his family, especially his overbearing father Judge Bull Meechum… sorry, Joseph Palmer (Robert Duvall). Hank also has a former baseball prodigy older brother (Vincent D’Onfrio) whose career he cut short and a mentally challenged sibling (Jeremy Strong) with an obsession over 8mm film.

One day, Hank is informed of his mother’s death. Reluctantly returning to Carlinville for the funeral, he butts heads with the rest of the Palmer clan while rekindling his feelings for former girlfriend Samantha (Vera Farmiga). On the night of the burial, the Judge is involved in a car accident and is accused of killing a major figure from the area. Naturally, Hank must defend him, while dealing with a local legal rube (Dax Shepard), the occasional natural disaster, a secret about his father’s health (including the bodily fluids that come with same), a possible college-age daughter, his own harried youth, and a special prosecutor (Billy Bob Thornton) with a major league personal axe to grind.

And that’s not the half of it. The Judge is a jumbled kitchen sink experience which throws everything it can at the screen, hoping that some of the surplus will make an impression. It’s messy and manipulative, trading on everything from our fear of growing old to our nostalgia for heading back home one last time. It offers up Oscar winners (Thornton, Duvall) and nominees (Downey, Farmiga) all doing decent work atop an idyllic Indiana backdrop that couldn’t be more white bread if it was baked by Wonder. There’s even a moment or two that tug at your heartstrings, if only a little.

But The Judge is also overlong and overbearing. Every conversation is a clash, every courtroom sequence an excuse to show how little director David Dobkin (Wedding Crashers, Fred Claus) and writers Nick Schenk and Bill Dubuque know about the legal system. The crime Judge Palmer is accused of is just a red herring, a reason to get Downey’s dick of an attorney back into the boondocks to rehash all the old interpersonal problems he has. Relying on a motor-mouthed shtick reminiscent of a certain Avenger, he does his best, but that’s not enough. Even with a last act speech specifying what went wrong in the Palmer house, we still don’t know why Hank is so mad, especially in light of how forgiving the rest of his family seems to be.

Apparently, the big rub between father and son stems from a stint in juvenile hall. One day, they were a happy, loving group. One drug-fueled car crash later, and it’s a stint in the kiddie slammer. Of course, Hank is none the worse for wear. He’s a rich and powerful litigator. Dad is also going gangbusters, having served on the bench for 42 of his 70+ years. But The Judge can’t get away with just having that be the sole issue. It has to pile on, and in doing so, grows more and more preposterous over the course of its 140-minute running time. No one talks. They alternatively wisecrack and yell. Even in the quietest moments, the cast chews the scenery like Jerry Lewis after several Red Bulls.

But considering the goodwill the actors manage to maintain and the something-for-everyone approach to the narrative, The Judge will end up a big fat crowd pleaser. It’s desperate, dumb, and sort of delightful. 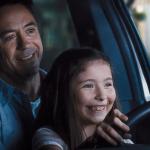 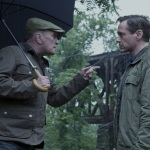 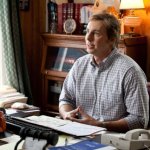