The Internship
By: Bill Gibron

Forget this, I'm asking Jeeves from now on.
Buy It From Amazon
Buy It On DVD
Buy It On Blu-Ray

What’s the difference between a good comedy and a bad one? One half of an MPAA ratings point, apparently. Back in 2005, Owen Wilson and Vince Vaughn teamed up for the goofy, gross-out good time known as Wedding Crashers and the result was a raucous, R-rated hit. Fans apparently loved the pair in breezy, sleazy mode which means that the incredibly weak PG-13 version of their antics, otherwise known as The Internship, will probably give the faithful fits — and not in a good way. This incredibly slight laugher from the King of Mediocrity, Shawn Levy (Real Steel, Night at the Museum, The Pink Panther remake), is so scattered and desperate that it’s like a Stephenie Meyer aficionado on a speed date.

Billy (Vaughn, who also co-wrote) and Nick (Wilson) have just lost their jobs as wristwatch salesmen. Their boss (John Goodman) has had to let them go since, in 2013, the cellphone has supplanted the age-old time telling device. In short order, Billy loses his girlfriend while Nick ends up pushing mattresses for his sister’s slimy boyfriend (Will Ferrell in a cameo). Eventually, they hit on the idea of working for Google because… well, because Hollywood is always looking for mass marketing synergy and what better way to achieve same than to utilize the corporate name, location, logo, and recognizability of the number one search engine in the world? Naturally, our duo are about as tech savvy as an abacus.

After various plot permutations, they arrive at the company only to be instantly ostracized by Mr. Chetty (Aasif Mandvi) and the domineering douche Graham (Max Minghella). Eventually, it’s like the opening sequence in Animal House, Billy and Nick lumped in with their own “Mohammet, Jugdish, Sydney, and Clayton” in the persona of a group of rejects, overseen by team leader Lile (Josh Brener). A bunch of baffling corporate competitions occur, with nerd level shout-outs peppering the dull dialogue. Oh, and there’s a love interest present (Rose Byrne), though as with many female characters in a movie like this, she is underused and underwritten — and perhaps, unnecessary.

As continuing proof of Shawn Levy’s deadly effect on any genre he attempts, The Internship is awful. It’s not merely terrible, it’s tacky. It demands attention, pandering and prancing around like a poodle begging for a treat, except this particular dog has a bad case of redundant rabies. How many times do we need to see smug, college jock jokers entering a realm of unrealistic dork cliches and teaching them how to “loosen up” and “have a good time.” It’s a Family Guy level of beer bong wit without Seth MacFarlane’s blatant disregard for polite, PC ethics. Had Fox allowed the material to slide over into scatology, to be both subtle and subversive, we’d have something to cling to — a genitalia joke here, an epic bit of toilet humor there. Instead, this movie is mild, made for a weird demographic that’s too old for cartoons but doesn’t mind viewing the live action version of them.

For their part, Vaughn and Wilson have a wonderful, easy chemistry. They come together expertly, even if the scenes they have to work wither and die within seconds of starting. Google and its glorified geek importance is never seen as anything other than inviting, lest the web giant actually face its true cultural meaning, and the last act plays out as predictably and preplanned as the premises that got us there. Do cool guys Billy and Nick teach the dorks a thing or two about the real world? Do the book smart savants return the favor? The answers will offer all you need to know about The Internship. It’s a comedy in name only. 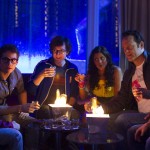 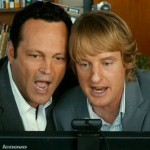 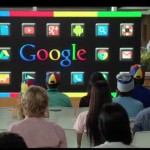 2 thoughts on “The Internship”