The Hundred-Foot Journey
By: Bill Gibron

Tastes like... counterprogramming
Buy It From Amazon
Buy It On DVD
Buy It On Blu-Ray
Buy The Book

Apparently, a love of food must include a healthy portion of corn. At least that’s what a movie like The Hundred-Foot Journey feels like — row after row of hackneyed cinematic maize flavored only briefly by the appearance of Helen Mirren and some now familiar Indian curry flourishes. The story here is an old standby. Michelin-starred restaurateur is pitched in a pride-based battle over bragging rights to French countryside foodies, innate prejudices give way to an unlikely partnership, only to have the lure of the big city change our foreign country mouse interloper overnight.

Here, the Kadam Family — widower Papa (Om Puri) and his five children — are forced from their homeland when political protest results in their eatery being burned down. Moving first to the UK, then to a small village in France, they decide to reopen their restaurant and come face to face with Madame Mallory (Mirren) who is not happy about the new, loud competition across the road.

Then, Papa’s son (Manish Dayal) begins to fall for the fetching beauty of the rival’s sous-chef (Charlotte Le Bon) and, before you know it, he’s also becoming a fairly decent French chef in his own right. Madame Mallory asks him to join her crew. Fast forward through some cooking montages and he’s in Paris, becoming an arrogant hipster and practicing molecular gastronomy. Will he stay in the big city, or come back to his family and a simpler way of life? Who cares?

If you are of a certain age and a specific anti-summer movie mindset, then The Hundred-Foot Journey will be well-considered counterprogramming. It will settle in like a warm cup of herbal tea and be as bland and predictable as a piece of dry white toast. This is the remedy for anyone over 70 who doesn’t want to see a talking raccoon, a blonde using 100% of her brain, or a bunch of mutated amphibians screaming “Cowabunga!” Instead, this lightweight Lasse Hallstrom adaptation of Richard Morais’ novel has the Oprah seal of approval (she’s an executive producer, along with Steven Spielberg) and nothing to offend your aging sensibilities, God bless you.

Unfortunately, for a movie about Indian and French cuisine there is very little gusto here. Just a typical tale of cultures clashing, with the standard, barely-spoken racial undertones, spread out among beautifully photographed images of impossible to recreate recipes and epic culinary skill. Instead of concentrating on the dedication and talent required to turn simple ingredients into haute cuisine, the film simply explains away gastronomy in sweeping cinematic gestures, making delicious food a given among a certain type of personality. The rest of the story is rote — star-crossed romance, a hardhearted woman who will eventually soften, a comic war between competing businesses — with it ending just as you imagined.

Of course, the demographic aimed for here doesn’t want shock or complexity. They want familiarity and lots of it. Hallstrom succeeds in that regard, every narrative beat here as predictable as putting salt with pepper, oil with vinegar. In fact, The Hundred-Foot Journey is an early bird special that avoids the spiciness of its subject matter to make sure everything goes down with as little gastric distress as possible. Of course, that doesn’t mean your brain won’t be aggravated by the monotony of predetermined plot points.

Since we really don’t care about either the Kadams or Madame Mallory, the last act of The Hundred-Foot Journey feels like a waste of effort. Indeed, their somewhat endearing sniping is shoved to the side so that a character we’re barely invested in can step up and become the kind of snob his family was fighting against in the first place. Even worse, there’s no real emotional resonance in what happens to any of them. Like a serving of lukewarm creamed corn, The Hundred-Foot Journey is easy to consume, but very unsatisfying afterwards. 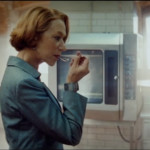 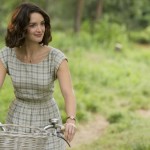 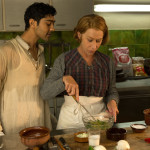