There is probably no funnier human on the planet than Will Ferrell. When he’s on, your gut will literally bust with laughter. Even in a bad movie, he usually has the ability to elevate the material into something side splitting. The same can be said for Amy Poehler. While not as noteworthy for her work in film, shes a smart, savvy performer whose comedy chops are also beyond reproach. So why then does The House stink so bad? Why is it a glum, grim experience that offers none of the possibilities its intriguing premise promises?

Scott (Ferrell) and Kate Johansen (Poehler) have a problem. They used to have the money to pay for their daughter Alex’s (Ryan Simpkins) college tuition, but they’ve since lost it all. They need $500,000 and, eventually, they team up with a neighbor who has a gambling problem (Jason Mantzoukas) to open up an illegal casino in their house. They wind up getting involved with a corrupt city councilman (Nick Kroll) and a mobster (Jeremy Renner) who both want a piece of the action. When they lose all their money, they plot to steal it back, and wind up uncovering even more salacious secrets about their sleepy little town.

You’d think The House would be hilarious. It offers the kind of set-up that suggests a whole slew of possible parodies and spoofs. But instead of being funny, it’s all forced, yet another example of a comedy that isn’t written as much as improvised on-set. The duo behind this–screenwriters Brendan O’Brien and Andrew Jay Cohen (who also directed)–scored a couple of major hits with the Seth Rogen/ Rose Byrne farces Neighbors and Neighbors 2: Sorority Rising. But The House isn’t even close to those films in terms of quality, characters, or humor.

Indeed, the biggest problem here is the desire to let Ferrell, Poehler, and the rest to riff relentlessly, to create their own punchlines instead of following the funny stuff in the script. Unfortunately, the cast was clearly having a bad comedic day. Even the outtakes offered over the credits, which usually represent some of the more raucous moments removed from the movie, are dull and ill-defined. If a horror film without scares can still offering redeeming elements, a laughless comedy could do the same. But The House is just bad, all around. No wit. No satire. And definitely no fun.

Throughout the lumbering run time (it’s only 88 minutes, but it feels like 88 hours), you feel sorry for the cast. Ferrell, Poehler, Kroll, and Rob Huebel (who plays a cop), have all done amazing work in the past, and when given a chance to shine, the turn situations into comedy gold. But O’Brien and Cohen don’t have the chops to do this on their own. They obviously require a director (like Nicholas Stoller) who can balance the needs of the narrative with the out of control tendencies of its actors. Left to their own devices, they come up with crap. Total crap.

The House could easily be accused of being one of 2017’s worst, a dead on arrival reject that tests your patience while it continuously disappoints. Ferrell can’t find his footing, Poehler is problematic, and the supporting players add nothing to the mix. The screenplay is brain dead, the direction jumpy and over-edited. In fact, this is the kind of disaster which feels like it was cobbled together in the cutting room, the best takes (yes, these are supposedly the best takes) put together in a haphazard and confusing way. A comedy featuring Will Ferrell and Amy Poehler should be a lot better than this. Unlike the way things work in a typical casino, in this case, The House loses. 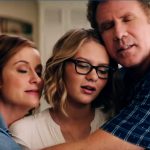 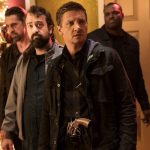 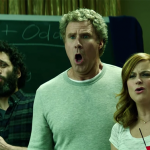