The Host
By: Bill Gibron

You complete us.
Buy It From Amazon
Buy It On DVD
Buy It On Blu-Ray
Buy The Book

And you thought Twilight was bad…

The latest from the so-called writer of those undeniably bad (and undeniably popular) sparkling vampire romances centers around an alien race, known as “Souls” who — apparently — take over the entire Earth in a bloodless, destruction-less coup. Like a Maxim version of Invasion of the Body Snatchers, these polite and prescient extraterrestrials (they cure all the planet’s problems as well as turning everyone into civil, mild-mannered milquetoasts) assume the polished corporeal form of their human vessel, their purpose otherwise left blank by this incredibly stupid film.

We follow as one of the last ragtag groups of survivors try to elude capture and assimilation. They include our heroine, Melanie Stryder (Saoirse Ronan), her little brother Jamie (Chandler Canterbury), and her hunky boyfriend Jared (Max Irons). Pursued by a “Seeker” (Diane Kruger) who wants answers and the location of the Earth resistance, our heroine is eventually caught and implanted. But something odd happens. Because of Melanie’s incredibly strong will, the alien can’t completely wipe out her inner existence. Thus we have the ludicrous narrative premise where our lead actress has confusing conversations with herself, a human voice in her head battling against the similar sounding speech of her “captor.”

From then on, the film fidgets between Melanie (who now goes by the name “Wanderer”) and her desire to reteam with her human counterparts, and the glowing space shrimp who want information. She eventually gets to the desert out west, hooks up with her hermetical Uncle Jeb (William Hurt) and discovers an underground community. “Wanderer” then falls for someone named Ian (Jake Abel), which angers Melanie. Mel finds her brother and her previous paramour there, which complicates things. To make matters worse, no one trusts this alien/adolescent fusion, and with Seeker still eager to wipe us off the star map (again…why?), it’s a race to see who will win, and if there is a way to reverse the assimilation process.

Oh, and there’s lots of syrupy scenes of kissing and cuddling.

Did you get all that? Do you understand a single solitary motivation in this pathetic, ridiculous movie? Maybe fans of Stephenie Meyer’s feeble fan fiction will enjoy this two hour travesty, but for the most part, The Host is like a stunted sci-fi fan’s fever dream. It appears to have been written by a reclusive preteen after too many viewings of schlocky ’70s future shock. It creates a speculative situation that never plays fair, or by a solid set of rules, and just when you think things can’t get any more preposterous, we end up with a love quadrangle in which two participants are the same person having an argument in their head. Huh? Exactly. Nothing makes sense, the dialogue delivers cheese like a Wisconsin dairy farm, and the leads lumber along like inmates in a rural prison camp.

We never build any affinity for Melanie, could care less about her friends and family. Seeker is an interesting villain, but as with much of this movie, her incentives are ambiguous and unclear. Indeed, the question “why?” is consistently avoided by writer/director Andrew Niccol (Gattaca, In Time), more than likely because Ms. Meyer didn’t bother to address it either. Even the eye candy is lame. Everything appears to be cloned from Apple design rejects while the supposedly advanced cosmic race uses shining metallic cars, motorcycles, and helicopters to get around. No hovercraft. No cool rocket ships.

When all you can think about is how “classic” that claptrap with Edward and Bella was/is, you know you’re in trouble. The Host is horrible. It’s sloppy science fiction at its most mindless. 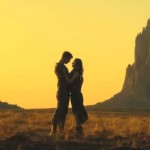 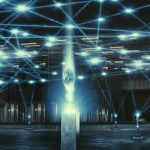 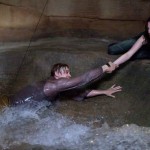 6 thoughts on “The Host”