The Heat
By: Bill Gibron

Who wants ribs?
Buy It From Amazon
Buy It On DVD
Buy It On Blu-Ray

The ascension of Melissa McCarthy as the female John Candy continues unabated with The Heat, her third major appearance (and second co-starring role) in a motion picture in the last four months. Ever since bagging an Academy Award nomination for her work in Bridesmaids, the latest Tinseltown overnight sensation earned her first legitimate lead with Identity Thief, then followed that up with a memorable turn as a lovelorn pawn shop clerk in The Hangover Part III.

In the script from feature film novice Katie Dippold (who made a name for herself penning episodes of Parks and Recreation), Ashburn is an uptight, no-nonsense Fed who almost everyone in her department hates. She’s extremely good at her job but has absolutely no people skills. When drug wars in Boston lead to some gruesome deaths, Ashburn is sent to Beantown, and runs into Detective Mullins. She’s an equally adept law enforcement office with a similar lack of interpersonal polish. They eventually team up to take down a vicious drug lord, the path occasionally leading to Mullins’ dysfunctional family, including the brother (Michael Rappaport) she put in jail for his connection to the racketeers.

The Heat passes the first test of any comedy: it’s funny. Not consistently, and not as brazenly as Bridesmaids, but it’s still a hoot for most of its overlong running time. Indeed, no laugher needs to be nearly two hours long, plot details and diversions taking over where editorial tightening would best be applied. Fieg apparently believes in thinking outside the cinematic genre box. If timing is everything in wit, he’s willing to bend (or even break) that rule to see if he can discover other avenues for jokes. That means a montage of some drunken female bonding will go several beats beyond where it should, or that he will take a cocky criminal’s Q&A beyond the place where it’s a stitch and turn it sloppy. One is never sure if this is a talented TV guy still getting his big screen feet wet, or a true aesthetic choice.

It doesn’t matter, in the end, because Bullock and McCarthy are so good together. They have a surreal chemistry that sees even the various personality flaws interlocking to create some moments of memorable laughter. Of the two, McCarthy gets the flashier bits. She’s loud. She’s obnoxious. She drops F-bombs like her character drops potential boyfriends. Her actions are crude, and yet there is one element to who she is which is never mentioned or even considered — her size. Weight and the accompanying insensitivity, especially in a woman, are never once addressed in The Heat, and it’s refreshing as hell. You’d expect at least one joke at McCarthy’s expense, but it never comes. Even the more physical bits are based in circumstance, not waist size.

With plenty of room left to explore these two ladies and their chosen profession, The Heat promises a franchise that could be very fun indeed. Bullock, back on the lighter side of things, really shines, and McCarthy proves that her current status is more fame than flash in the pan. Go in expecting greatness and you might be disappointed. Anticipate having a good time and this movie will deliver. 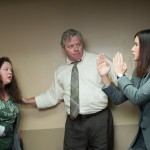 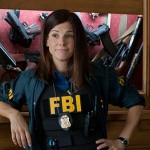 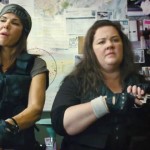 4 thoughts on “The Heat”