The Guilt Trip
By: Bill Gibron

Does this mean Josh Brolin is my brother?

Whenever Oscar-winning chanteuse and defiant diva Barbra Streisand decides to grace us with her presence on the silver screen, it’s an event. From her initial musical work in the ’60s to the screwball comedies and romances of the ’70s, her career choices have always attempted to match her well known in-studio perfectionism. So how does one explain away The Guilt Trip? On paper, it must have seemed like a solid idea. Juxtapose the aging singer/actress with a marginally hot comedy co-star (in this case, a post-Apatow Seth Rogen) in a road movie about parental guidance — or the lack of same — and watch the ethnically-influenced laughs begin. Sadly, this film is more infuriating than funny.

Andy Brewster (Rogen) is a young inventor who has just come up with a new, environmentally-friendly cleaning product. Unsuccessful in his attempts to pitch it to various interests, he is down to his last few dollars when he decides to take an all-or-nothing cross-country sales trip. After visiting his dim, doting, widowed mother Joyce (Streisand) and learning a secret about her past, he reluctantly decides to invite her along. Naturally, things don’t go very well. As Andy tries-and fails-to win over new clients, Joyce spends her time in rebellious Jewish mother mode. What she doesn’t know is that her son hopes to reunite her with a lost love. In making her happy, Andy hopes that something good will happen to him.

Like Mother without Albert Brooks’ wry wit or familial insights, The Guilt Trip is an unexploded bomb. It has oodles of potential, but can’t seem to figure out how to use it all. With Rogen, there is the gross-out gagging of the last decade in motion picture humor. One could easily see him turning his classy co-star into a blubbering mess with his constant pot and penis references. Of course, that never happens. In Streisand’s case, she remains the Me Decade’s answer to those daffy Depression era “dames” favored by Howard Hawks, Ernst Lubitsch, and Preston Sturgess. Both smart and sassy, her work in such memorable movies as What’s Up, Doc? could have been matched by an equally feisty turn here.

Instead, screenwriter Dan Fogelman (best known for some Disney animated films, as well as Crazy, Stupid, Love) uses a real life trip he took with his own mother as a jumping off point. But instead of playing up the pairing, letting Rogen and Streisand riff on things both meaningful and madcap, he goes for the maudlin. In turn, such sappy sentiments are overemphasized by choreographer turned chick flick filmmaker (27 Dresses, The Proposal) Anne Fletcher. Because of its locale-to-locale logistics, we expect a film like this to be a bit scattered and episodic. But Fogelman tosses out random vignettes without the proper motivational linkage, making his often one-note characters into pawns for a jokey jigsaw puzzle that never comes together.

Of the two, Streisand more or less acquits herself. We expect a lot from her, but she’s been away from the center spotlight for far too long (we don’t really count her “work” in those awful Fockers films). Rogen, on the other hand, is a lox, limply lumbering along, taking his character’s defeated nature way too much to heart. The result is a premise bursting with possibilities, and a very limited amount of actual jokes. For many, Barbra Streisand stands as the consummate professional. The Guilt Trip, on the other hand, is amiable, if amateurish. 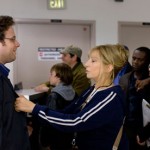 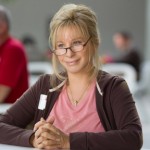 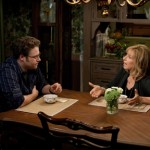