The Greatest Movie Serial Killers of All Time
By: Bill Gibron

According to standard definitions, a serial killer is someone who kills more than three people over an extended period of time (usually months), almost always motivated by some deep psychological or sexual deviation. This differentiates them from mass murderers, who kill many at one time, or spree killers, who do something similar, but then stop once the victim pool has been exhausted. We bring this up because, when compiling a list of the Greatest Movie Serial Killers of All Time, certain fans (especially of horror) are going to argue for their Jasons and Freddys, their Michaels and their Normans. Unfortunately, these are killers of convenience, taking lives when the right moment arrives. Someone who is “serial,” on the other hand, doesn’t stop until their fantasy is fulfilled — and as we see here, that can sometimes last a lot longer than a single splatter-filled weekend. 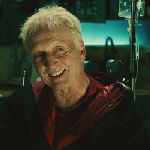 They say that every serial killer has a motive. It can be sickeningly sexual, or mentally unhinged. In the case of this character, a puzzle-box creating psycho, it’s revenge. You see, something happened to John Kramer during his otherwise normal life to steer him towards a life of killing. A diagnosis of inoperable cancer (and the accompanying issues with his insurance company) simply opened up the doorway to his unique brand of Rube Goldberg death. One of the few killers whose had multiple films to flesh out his aims. 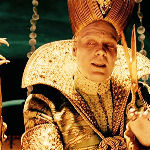 There are elements to this character that defy easy description. After falling into a coma before his last (potential) victim can be located, a group of scientists lead by Jennifer Lopez decide to explore his psyche, and what they find is a horrifying surreality loaded with blatant blood and guts. The notion that such terrifying visions fuel a murderer is not unusual. Thankfully, director Tarsem Singh puts an eccentric eye candy spin on this journey to the center of one man’s abuse-based beliefs. 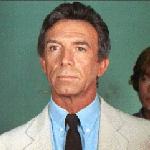 For those of you who haven’t seen Dario Argento’s brilliant giallo, consider this entire paragraph a SPOILER. Neal, played by Anthony Franciosa, is an author experiencing every horror writer’s worst nightmare. While on tour for his latest book, someone has decided to mimic the crimes in his tomes. In the end, we learn it is the author himself doing the deeds, the horrific imagery he created in his prose propelling him to relive a past sexual humiliation, leading to the planned taking of lives.

#7 – Buffalo Bill (The Silence of the Lambs) 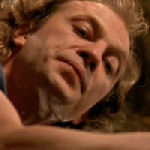 Part Ed Gein, all FBI profile, this quiet, confused killer enjoys torturing women before skinning them and making outfits out of their flesh. While the movie doesn’t wholly dwell on the various crimes committed by this character (it is far more fascinated with another, incarcerated murderer), the various references and allusions offered turns his first appearance onscreen into one of the most frightening moments in all of horror. What we later discover in his basement brings all the suppositions and conjectures about his motives to vivid life. 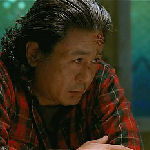 Sometimes, a killer is just a killer. Sure, they are typically motivated by past pain, but when it comes to death, some crazies just want to watch people suffer and die. This is clearly the case with this single-minded slayer, a character so abhorrent that his best friend, a cannibal with bodies stacked up in his freezer, doesn’t even faze him. The best part about Kim Ji-woon’s thriller is the way in which he turns the tables on the audience regarding police and “justice.”

#5 – The Firefly Family (The Devil’s Rejects) 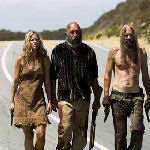 Over the course of two films, including House of 1000 Corpses, we are introduced to the ultimate horror cliche — the clan that kills together… and stays together. Indeed, this band of oddball baddies may have one foot in the exploitation and horror films of the ’50s and ’60s (thanks to director Rob Zombie), but the other is soaking in a puddle of human blood. A very big puddle, as a matter of fact. From freaks to the ferocious, sexy to sick, the Fireflys are as weird as they are wicked. 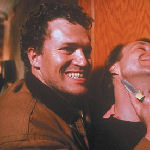 Back when the concept of what a serial killer “is” became part of the popular culture conversation, co-writer/director John McNaughton delivered what many consider to be the definitive look at this singularly motivated murderer. Based on the real-life exploits of the notorious Henry Lee Lucas and his companion Ottis Toole, we learn very quickly that, even inside his sickness, our lead likes to make sure things are done “correctly” when it comes to killing. Make him mess up and you will pay the ultimate price. 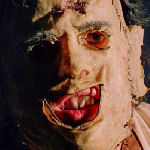 Let’s forget all the attempts by Hollywood to create a meaningful macabre mythology for this character. All birth defects and slaughterhouse educations aside, this memorable member of the Sawyer clan got his real inspiration for the work of one of the world’s most notorious real life psychos. Ed Gein used to rob graves and make household items (and clothing) out of the decaying skin and bones. When that wasn’t enough to fuel his fantasy, he began taking “fresher” victims. Tobe Hooper’s film incorporates it all into his most memorable, menacing character ever. 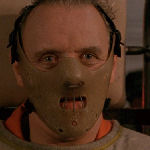 He’s intelligent and urbane, capable of outsmarting almost everyone and yet often finding himself incarcerated or running from the law. When we first meet him, he’s the cocksure informant to a fallen FBI agent. By the time his story is over, we will watch him grow up and “learn” his trade, mutilate a future foil, charm a female Fed, and wander the world seeking solace (and some nice Chianti). Brian Cox played him originally. Anthony Hopkins took over the role and ran with it all the way to an Academy Award. 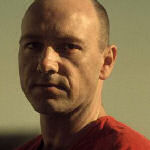 If you wanted to show someone the definitive onscreen definition of what a serial killer is and does, this amazing masterpiece by David Fincher provides all the terror talking points you need. What we have here is a loner, well financed, living in relative obscurity, a problem to no one except those he plans on targeting with his religion-based retribution. Naturally, he keeps souvenirs of his kills, and collects writings explaining his motives. As played by Kevin Spacey, Doe is the personification of the victim claiming crazy.