The Good Lie
By: Bill Gibron

Funny, I don't feel lost.
Buy It From Amazon
Buy It On Blu-Ray

It’s become such a cinematic given that it actually has a genre subdivision. Whenever a movie minority has an issue, be it here or abroad, it’s the Compassionate Caucasian (or “White Savior”) who has to step in and solve the dilemma for the seemingly incapable person (or persons) of color. If you believe these mixed-up narratives, there would be no Stephen Biko without Donald Woods, no Michael Oher without Leigh Anne Tuohy.

At first glance, The Good Lie appears to play by the same specious rules. The story here centers on the Lost Boys of the Sudan, and how a kind-hearted social worker (Reese Witherspoon) helps them with the difficult transition from fear to freedom. But thankfully, director Philippe Falardeau uses his outsider perspective (he’s French-Canadian) to dampen such a creative cliche. Instead, he keeps his film focused on the plight of these particular refugees, relegating their A-list Messiah to a far more realistic role.

We first meet our collection of displaced leads — Theo (Femi Oguns), Mamere (Arnold Oceng), Gabriel (David Madingi), Jeremiah (Ger Duany), Paul (Emmanuel Jal), and Abital (Kuoth Wiel) — as they are making their way across their treacherous home territory. They’ve just watched their village get destroyed. Losing two members of their party along the way, they finally find the refugee camp, where they form a kind of kinship. Thirteen years later, their names finally appear on a “lottery” list for traveling to safety in America.

Once in the U.S., they are split up. Abital ends up in Boston, while the others are sent to Kansas City. There, the men meet Cassie (Witherspoon), a spunky employment counselor who’s not sure how to help. As they make the difficult adjustment within their new Western setting, they come face to face with some harsh realities. In the meantime, Mamere wants to reunite his splintered clan and will do anything he can to make that happen.

Even with its well-honed Hollywood hallmarks, The Good Lie gets by on Falardeau’s desire to be as authentic as he can to the premise. Having prepped material on the Sudan way back in 1994 (before being evacuated to safety by the UN), he has a real eyewitness approach to the first part of this film. Granted, the horrors such refugees faced are toned down here for the mainstream, but that doesn’t mean that The Good Lie lacks bite. Instead, we grow to sympathize with these people, and as a result, recoil at the undeniable difficulties they faced.

America is really no better, with its narrow-minded, post-9/11 view of how these immigrants should be treated. One could argue that The Good Lie piles it on a bit, but it’s not hard to see the subtle (and not so subtle) scorn of racism on display. Even when acting out of the standard “fish out of water” whimsy, there are moments where the humor drifts ever so slyly over into hate. There’s also a telling sequence where Jeremiah finds his faith tested when his boss at the grocery store won’t let him give expired food to a needy woman and her family.

All indictments, however, are buffered by insight. Instead of letting Witherspoon and her boss (Corey Stoll) take over the tale, director Falardeau recognizes that all we really care about is fate of these oppressed individuals. We’ve followed them through some of the worst situations imaginable. So even if the ending is a bit predictable, we still want to see it happen. We want to feel good about what happens to these characters, and fortunately, The Good Lie allows us to, with just a little bit of a heart tug at the end.

In The Adventures of Huckleberry Finn, the title character makes it clear that there is nothing wrong with a “good lie,” since the outcome of the falsehood more than makes up for the moral fallacy of fibbing. The same can be said for this film. While Witherspoon might be necessary from a marketing perspective, it’s the other characters who truly shine as the stars. 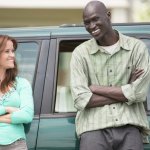 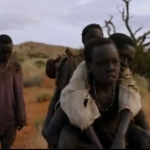 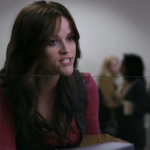