The Foreigner
By: Bill Gibron

Here's a picture of me with my honorary Oscar.
Buy It From Amazon
Buy It On DVD
Buy It On Blu-Ray

It was only a matter of time before Jackie Chan was forced into one of the familiar Hollywood action tropes. His entire career has been built on bucking convention, by adding comedy and heart to his otherwise Herculean stunt work, and when he is in his element, he is electric. But age is finally catching up with him, limiting his ability to risk life and limb to leave audiences dumbfounded and gobsmacked.

Instead, he is being forced into the role that Liam Neeson perfected in films like Taken and…well, the rest of the Taken franchise: the angry old man with a secret set of special skills guaranteed to leave the bad guys bleeding and begging for mercy–if they’re still alive, that is. Even with the weird focus on past terrorism (The IRA features prominently), The Foreigner ends up being a fine vehicle for Chan. He still gets to kick butt. He also gets a chance to exercise his formidable acting chops.

That’s because the story centers on a grieving father named Quan Ngoc Minh (Chan), a lowly restaurant owner who loses his daughter in a bombing masterminded by a rogue branch of the “new” IRA. Demanding justice, he goes to a sitting member of the British government named Liam Hennessy (Pierce Brosnan), who used to be connected with the rebels. Believing he still has links to the updated organization, Minh becomes a violent vigilante, his goal to find the perpetrators and make them pay for all the pain they have caused him.

Chan is excellent in The Foreigner, mostly because he is playing completely against character. We rarely get to see the man in a dramatic role, and the actor’s eyes get a real workout here. Chan’s Minh cries more than a ’90s teen at a Backstreet Boys concert throughout most of The Foreigner’s running time. Luckily, when he’s required to do something other than weep, like booby trap a London toilet or fight off faceless attackers who want him silenced, Chan can still deliver the goods. He may not be as spry and inventive as he was in the past, but he’s still the best at what he does.

The Foreigner also benefits from having Martin Campbell behind the lens. The director, best known for the Bond films Goldeneye and Casino Royale understands the action genre, and when circumstances require Chan and the rest of the cast to ramp up the fisticuffs, Campbell delivers. Granted, the script relies a bit too much on Minh’s character’s past to explain away his agility and ability, but just getting a chance to see him work his particular martial arts magic is exhilarating enough.

Still, The Foreigner fails on other levels. The “new IRA” angle is clearly meant to avoid another cinematic example of “people of color” as villains. We definitely don’t need another onscreen terrorist with ties to Middle East, but with such tragedies a constant in the headlines, the brain has a hard time avoiding the comparison. Also, outside of Chan and Brosnan, the players are rather nondescript. Perhaps they were hired in an attempt to keep the marquee names front and center. It could also be the case of a low budget entry (The Foreigner cost a lean $35 million to produce) making the best of the money they had.

In the end, it doesn’t really matter. Chan is Chan and Brosnan is game to take him on. The Foreigner feels like a throwback to a different time and place updated to avoid any complaint about political correctness. It’s entertaining, even if it relies on genre cliches to get its fun across. 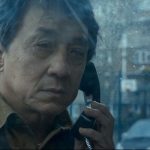 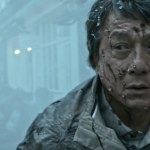 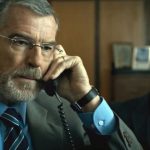 One thought on “The Foreigner”