The Forbidden Room
By: Paul Brenner

Ain't no climate change here!
Buy It From Amazon
Buy It On DVD
Buy It On Blu-Ray

The climactic moment of the 1963 Jerry Lewis film Who’s Minding the Store? features a turbo-charged vacuum cleaner inflated to Hindenburg-like proportions after sucking up the merchandise of a department store. This tumescent orb has risen to the ceiling and Lewis, climbing to the top rung of a tall ladder, stabs it with a big knife. This causes an atomic explosion as the vacuum cleaner vomits up and disgorges the store debris in a nuclear winter of bric-a-brac shards, covering the store floor in random disorder.

A Guy Madden film is a vacuum cleaner explosion in a film archive, an effluvia of recreated film fragments in their death stages, all his fragments originating from a stylistically psychotic period of film history – the transition to sound from 1928 to 1930. Madden’s films are a mad cacophony of grainy third-generation prints, jump cuts, Vitaphone surface noise, faded 2-strip Technicolor, cheap special effects and rear projections, over-emphatic musical scores, archaic silent film titles, all layered over with the camp exotica of the Kuchar brothers, the found-footage compilations of Bruce Connor and Russian montage. This is all catnip to Madden, whose love of early sound film is all consuming and borderline screwy.

Madden’s early films (Archangel, Careful, Twilight of the Ice Nymphs) are meticulous recreations and mash-ups of early sound film. But in 2000 Madden veered into the tempest with his short film The Heart of the World which mixed his delirious fragments into a crazed mélange which, after many years, has come to its apotheosis in his new fever-dream feature The Forbidden Room, the title originating from a lost 1914 Alan Dwan short.

Like Around the World in Eighty Days on acid, The Forbidden Room is populated by nightmarish cameos from a star list that includes Charlotte Rampling, Geraldine Chaplin, Udo Kier, Mathieu Amalric and Maria de Medeiros. And presiding over it all in multiple roles like Eric Idle in a Monty Python movie is Madden stalwart Louis Negrin.

Negrin first appears in a cheap bathrobe in a faded color sequence, scripted by poet John Ashbery, on How To Take a Bath (“work carefully in ever widening circles”). From this the film comes part of the bathwater, delving into the bushwa for a succession of interlocking segments, flashbacks and dreams – four men running out of oxygen in a submarine (“Entombed in silence! Hidden from God!”) who manage to remain alive by the air pockets in flapjacks, a lumberjack obsessed with rescuing a lithe young woman from The Lair of the Red Wolves, a woman who pulls a gun on her inner child, a man who insists on a lobotomy due to his obsession with asses, a bone surgeon who falls in love with a woman with 47 broken bones (“And I’m going to heal every one!”), a mustache with suppressed memories, an angry volcano ready to erupt. The whole enterprise culminates in a Book of Climaxes, where Madden outpaces D.W. Griffith’s Intolerance, in a feverish and cataclysmic wrap-up.

For Guy Madden fans, The Forbidden Room is sucking the teat of film arcana. For others new to Madden, this two-hour plus spectacular may cause epileptic seizures and extreme anti-social behavior. But either love it or hate it, The Forbidden Room is mind-numbingly brilliant. Madden’s visual assault draws viewers into a complete visual world whose arcane presentation presents an alternative media universe that compels one to question our own core feelings and beliefs. All things are possible. All things have their own logic. As passive viewers, we take it all in and feel reality crumbling around us like the decomposing film fragments of Madden. As the bath instructor points out, “That’s what bathing is all about.”

But let’s no get too nutty. Perhaps we should simply follow Madden’s own instructions for watching The Forbidden Room – “Stay safe and have fun.” 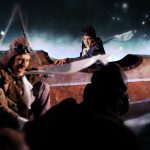 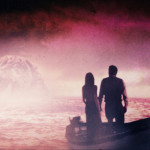 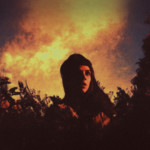