The Finest Hours
By: Bill Gibron

If The Perfect Storm taught us anything, it’s that audiences love a liquid look at Mother Nature’s destructive force. A rolling sea, a bunch of basic, Central Casting-approved characters, and a money shot that wouldn’t be nearly as effective without the modern technology of CGI, and you can bank a few bucks on the way to telling a (supposedly) compelling true story. Indeed, reality can often supply the fuel for a first class nailbiter, the “will they or won’t they (survive)” of the scenario providing enough action and suspense to gloss over the lesser elements of the tale.

Unfortunately, there’s not enough computing power in all of Silicon Valley to make The Finest Hours anything other than mediocre. This based-on-actual-events thriller, involving the crew of a stricken oil tanker and the determined men of the Coast Guard who vow to save them, should have a natural allure. After all, today’s effects can avoid the bluescreen spoilers of the past to make an audience feel like they are actually part of the maelstrom. Sadly, once immersed, few will find this effort engaging.

That’s because director Craig Gillespie decides to shoehorn a hackneyed romance between Chris Pine’s sullen sailor and destined-to-stand-by-the-shore-staring Holliday Grainger. There is no chemistry between these two, little rooting interest in their budding relationship, and an eventual recognition that this lame subplot is only there to avoid the constant repetition of the narrative’s man vs. nature approach. The Finest Hours somehow manages to take what happened that fateful night in 1952 and turn it into a trial — and this is no courtroom drama.

Pine is Bernie Webber, part of that cinematic standard — the ragtag team — under the command of Officer Daniel Cluff (a surreal Eric Bana). Together with Richard Livesey (Ben Foster), Andy Fitzgerald (Kyle Gallner), and Ervin Maske (John Magaro), he will head out to help rescue the remaining crew from a stricken tanker now controlled by chief engineer Raymond Sybert (Casey Affleck). As we are told over and over again, the boats being used are too small to retrieve everyone onboard at once. We are also given incredible odds against success. As the fake waters rise and fall, mettle and viewer attention span are tested.

As with any grabbed from the headlines piece (albeit one from over 60 years ago), The Finest Hours has to walk a fine line between dramatic license and authenticity. It has to bring a different perspective to the events that a mere well-made documentary wouldn’t. We want to see our stars in peril, overcoming adversity, and doing so within an epic setting that no human should have to endure. Instead, Gillespie grasps at straws, mistaking singular shots for scope and chaotic action sequences as exciting.

Instead, The Finest Hours is a confused mess, a combination of concepts that never come together as a whole. While Pine’s is the storyline we’re supposed to become attached to, we are instead intrigued by Affleck — or even worse, Bana’s unfathomable Southern accent. Some viewers will fall into the same trap that The Perfect Storm offered, imposing themselves among the rolling waves and wondering “what would I do?” The rest of us just sit there numbed, the nonsensical plotline pointing the way to the Disneyfied conclusion.

Like last year’s The Walk, which found a way to work various unnecessary but intriguing elements into the true story of Philippe Petit’s 1974 tightrope walk between the World Trade Center’s twin towers, The Finest Hours wants to take this actual event and add some story spice. Sadly, what they choose to incorporate only comes across as forced, and as a result, undermines the inherent gravitas the film is going for. 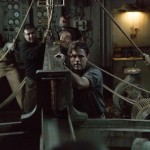 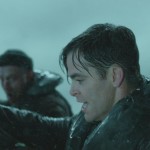 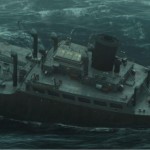