The Fate of the Furious
By: Blake Crane

The questionable logic of the Fast and Furious franchise has been imbued with a silliness, intentional or not, that’s made the movies at least somewhat endearing. When there’s fun with the ridiculousness, like in Fast Five, the formula works like gangbusters. When there’s a lack of good humor and too much earnestness in the warbling about familial bonds, like in Fast & Furious, the series stalls.

Now comes The Fate of the Furious, the eighth and most self-serious entry yet, which tries to be several different things at once. It gets lost in the minutiae of core philosophies and codes while also tackling a grand action/espionage plot that feels way above the pay grade (are they even getting paid this time?) of street racers who somehow turned into covert operatives on call.

The first ten minutes of goofiness work perfectly. Dom Toretto (Vin Diesel) and Letty (Michelle Rodriguez) are enjoying their honeymoon in Cuba when a dispute leads, naturally, to a street race. After Dom vanquishes a foe using a rusted-out bucket of bolts, there’s some nonsense recited about earning respect, smiles, thumping music, and celebration all around. And we’re off.

Things slow down considerably when the evil Cipher (Charlize Theron) shows up and coerces Dom into doing a job for her. Turning on his team, Dom works with the super hacker to steal a device crucial to her plans to create global chaos. Or whatever it is she wants to do. Government spook Mr. Nobody (Kurt Russell) rounds up Letty, Hobbs (Dwayne Johnson), Roman (Tyrese Gibson), Tej (Chris ‘Ludacris’ Bridges), and Ramsey (Nathalie Emmanuel) to save the day. Because, apparently, there’s no need for multiple government agencies or the military to become involved in an international terrorism plot when you can send a handful of people in souped-up sportscars. That line of thinking and quick explanations of why they’re the only option are growing stale.

Though the previous seven films have traded successfully on consistency and interconnectivity, that notion begins to fold in on itself terribly with the inclusion of Deckard Shaw (Jason Statham), the merciless villain from Furious 7 now forced to work with Hobbs, et all. Through seven movies there have been many transitions from lawman to outlaw and back again, but this particular partnership and rewriting of history goes too far even by Fast and Furious standards. A throwaway line from Rodriguez – “Don’t think we’ve forgotten what you’ve done” – doesn’t cut it. The movie quickly forgets. I mean, this is a guy who successfully killed a member of their “family” and attempted to kill the rest of them.

At least Statham gets the standout action sequence that melds hard-hitting brawling with lightheartedness, directed with flair by F. Gary Gray. For a few minutes this feels like an enjoyable spinoff instead of a series that’s spinning its wheels. The rest of the set pieces may be bigger, but they’re not nearly as fun and infinitely more insane without the wit. The smiles behind the wheel while outrunning a nuclear submarine on a glacier are all forced.

Theron isn’t allowed to sink her teeth into villainy, either. She basically stands in her lair and orders people to push buttons, be they on keyboards for hacking or for maintaining control over Dom. She’s like a boring Bond villain with an even more boring, orange-bearded henchman (Kristofer Hivju, filling the someone-from-Game-of-Thrones casting requirement).

Russell, though saddled with quipping about dull newcomer Scott Eastwood as his inexperienced underling, entertains as the amiable agent Mr. Nobody, and the returning cast – particularly Gibson and Bridges – occasionally flashes the chemistry from the last few films.

The novelty of their partnership has worn off, however. What was once an enjoyably absurd, Avengers-like team-up of charismatic characters from disparate entries in the Furious-verse has now settled into generic, yet unnecessarily convoluted, action/adventure missions. The superteam also isn’t as super after the loss of Gal Gadot and Sung Kang, and, of course, the untimely death of Paul Walker, and there’s nothing there to fill the void.

Chris Morgan, screenwriter since 2006’s Tokyo Drift, completely straightened out the series’ crooked timeline last time around and the material left to recycle from the past is getting thin. It also doesn’t feel like there’s a lot to look forward to in the Fast and Furious future. 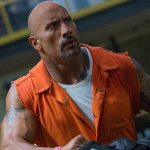 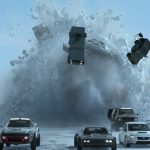 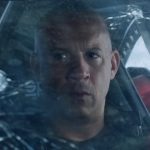