The Endless
By: Blake Crane

This hike is taking forever.

The fringe abstractions and inherent creepiness of cults make them a popular hook for genre thrills. We’ve seen many horror and suspense films with cults as the backdrop, either on-site at a commune or pulling strings in some shadowy or supernatural way, but there’s never been one quite like The Endless from directing duo Justin Benson and Aaron Moorhead. It contains several recognizable characteristics of unconventional sects, only to destabilize our expectations and beliefs about where things are headed.

Just as Benson and Moorhead played with convention in 2014’s excellent Spring, which is like a Lovecraftian version of Before Sunrise, they usurp narrative standards in The Endless, using broad strokes as table setting to paint way outside the lines. The film blends several genres in fresh, exciting ways while feeling like a cohesive thematic work infusing Twilight Zone-like adventure with some shrewd comedy and genuine interpersonal drama.

Benson and Moorhead star as brothers Justin and Aaron Smith, who are struggling in the real world 10 years after escaping a Southern California-based cult. Justin takes on a paternal role with Aaron, who still romanticizes their time on the desert compound where they never had to worry about being provided for. After receiving a videotape showing cult member Anna (Callie Hernandez) relaying a cryptic message, the brothers head back to their old stomping grounds for some community and some closure.

The draw of the cult is strong, conveyed both explicitly and implicitly by the filmmakers. In the outside world, the brothers must worry about trivialities like minimum wage jobs and replacing a car battery between impersonal deprogramming sessions. Their counselor is offscreen as a disembodied soothing voice providing dime-store philosophy. In contrast, when they arrive back at Camp Arcadia, people they haven’t seen in a decade welcome them home with smiles, acceptance, and a nice meal.

Still skeptical, Justin agrees to extend their trip by a few days to allow his younger sibling a chance to get this whole cult conviviality thing out of his system and perhaps expose the group as zealots bent on self-destruction in the name of a higher power. Neither brother gets what they’re expecting. Neither do we.

Movie logic would tell us that this setup could lead to something like mass suicide hysteria or a question about the existence of some paranormal deity, but Benson and Moorhead have plenty of surprises in store that make The Endless uncanny and unpredictable.

Hal (Tate Ellington), Camp Arcadia’s de facto leader because “he talks most,” isn’t a gregarious extremist who claims to have all the answers. In fact, he has an unfinished mathematical equation he’s contemplating. The laid-back brand of fanaticism is different take, and the screenplay (by Benson) uses perceptive but not preachy dialogue for some great moments of humor and natural character-building.

Things also get eerie. The cinematography (by Moorhead) captures sun-bleached days on the commune with hills and dusty wilderness seemingly going on to infinity, driving home the idea of physical seclusion to go along with the brothers’ emotional inaccessibility. Night scenes are also beautifully rendered, with clearly-seen subjects surrounded by inky, ominous blackness. There are several scenes, including one involving a rope that looks as though it stretches forever into the heavens, where what we don’t see is just as intriguing as what we do. Sound is also a big contributor to the mood, with ambient noises and judicious soundtrack cues cutting through the stillness.

While subverting the notions of a cult’s grand construct as the basis for a wacky belief system, The Endless is super-ambitious yet understated, methodically deepening mystery and imparting underlying truths about the fraternal relationship at its center.

The less you know about the reveals going in will make The Endless more rewarding, and if you’re a fan of Benson and Moorhead’s previous work – particularly their first feature Resolution – there will likely be an additional layer of enjoyment. This is absorbing work from sensational filmmakers. 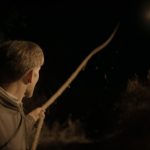 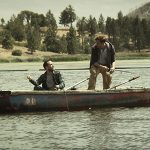 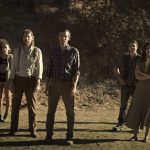