The Drop
By: Bill Gibron

Just don't feed it after midnight.
Buy It From Amazon
Buy It On DVD
Buy It On Blu-Ray

Can one great performance make up for an otherwise mediocre movie? Put another way, does a story we’ve seen dozens of times before (often told in a far more engaging manner) benefit from a terrific central acting turn? That’s the question raised by The Drop, the latest adaptation from the work of writer Dennis Lehane (Mystic River, Shutter Island, Gone Baby Gone). This time, the author himself takes over the screenplay duties, delivering a brooding, often boring 106 minute mob movie where the villains are vague, the heroes half-developed, and only Tom Hardy is capable of finding a soul inside this otherwise superficial story.

The title here refers to a type of NYC dive bar where criminals make their illegal deposits. Cousin Marv’s, in Brooklyn, is that kind of place. Run by Marv himself (James Gandolfini, in an underdeveloped role), the genial wannabe goodfella had to sell the place to the local Chechnya crime family 10 years ago. Now he, along with bartender Bob Saginowski (Hardy), work for them. One night, the bar is robbed by two guys in hoodies and masks. They make off with nearly $5000 of the gang’s money. This makes their boss Chovka (Michael Aronov) very angry.

He wants the money back and makes sure that Marv and Bob understand implicitly that it is their responsibility to make that happen. If they don’t, they die. In the meantime, Bob rescues a pit bull puppy from the garbage cans outside the house of a waitress named Nadia (Noomi Rapace). They begin an uneasy flirtation/friendship. Turns out, the dog was owned by her psychotic ex-boyfriend (Matthias Schoenaerts) with a connection to Bob’s past and an extortion vendetta against him now.

Often upstaged by our concerns for the pooch and relegating its third act to “should have seen it coming” developments that ruin any suspense, The Drop only exists for two reasons. One is to give foreign filmmaker Michaël R. Roskam (Bullhead) his first stab at handling a big time Hollywood production, as well as to see Hardy more or less walk away with the entire thing himself. Some may find his character dim and uninvolving. Instead, he’s more like Tom Reagan in the Coen brothers’ masterpiece Miller’s Crossing. This is a thoughtful brute, a man who measures out his responses in well prepared and planned portions. He never gives away his motives or their meaning. He simply says what he knows is needed at the time while keeping back important information from us (and his accomplices) until the time is right.

Hardy indeed carries the whole film. Everyone else is a mere plot placeholder. Gandolfini looks like he hates the lines Lehane has written for him, while Rapace is literally given nothing to do except dog sit. Schoenaerts, who worked with Roskam in Bullhead, provides a nice level of dread with his unhinged neighborhood ne’er-do-well, but when his bluff is called, he collapses. Elsewhere, small turns by John Ortiz (as a local cop on the case) and Ann Dowd (as Gandolfini’s eager-to-travel sister) barely register. That’s because Lehane believes his narrative is complex and compelling. What it is in actuality is 90 minutes of setup to get to a single speech from Hardy. That’s it.

With getting there an uphill battle (including moments of gallows humor that appear lifted from another film entirely), The Drop disappoints. We want fireworks and intricate crime intrigue. Instead, we are treated to the slow burn and the inevitable doldrums derived from same. Hardy shines, but not enough to keep us connected. We sympathize with Bob, and his final speech does make us understand everything that was only hinted at before. However, thanks to the thinness of Lehane’s narrative, a great acting turn can’t salvage the feeling of superficiality and sameness. 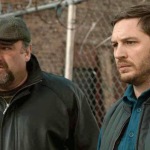 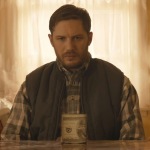 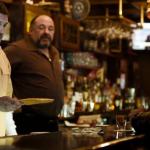 One thought on “The Drop”