The Congress
By: Bill Gibron

This is the virtual reality. It's better than the real reality.
Buy It From Amazon
Buy It On DVD
Buy It On Blu-Ray

Thanks to such technological advances as digital filmmaking, CGI, and motion capture, Hollywood is now capable of creating “virtual performances,” bringing everything from gun-toting space raccoons to semi-salient apes to (almost real) life. Tinseltown can even uses such science to create differing versions of actual human beings. In Tron: Legacy, an aging Jeff Bridges was “made young” to play the original Kevin Flynn from the first film — again — while The Hunger Games franchise will employ a similar method to add the late Philip Seymour Hoffman into the final two installments of the series.

Ari Folman’s The Congress, inspired by Polish writer Stanislov Lem’s novel The Futurological Congress, uses this concept as a backdrop to explore the place of women in modern film, the notion of computers taking over creativity, and to meditate on what it means to have a “legacy.” Robin Wright stars as a middle aged version of herself who has been labeled “difficult” to deal with by the industry. Her agent (Harvey Keitel) warns that her attitude is killing her career, while she is convinced — rightfully so — that age plays a more important role in her rejection than talent.

In one of those weird twists that can only happen in a piece of speculative fiction, a scheming studio head (Danny Huston) offers Wright a chance to “be young forever.” If she agrees to have a “digital doppelganger” of herself created, she will be paid a large fee (all the better to help with her ailing son — Kodi Smit-McPhee) and be able to live on, forever, in films. Always young. Always sexy. Always hirable. Of course, if she agrees, she must disappear from sight, never allowing the public in on the CG ruse. After wrestling a bit with the idea, she agrees.

We then jump 20 years into the future. There, Wright attends the titular event, where she learns that massive entertainment conglomerates are using her “avatar,” and others, as a means of merchandising alternate reality to everyday people. Some can even pay to “become” the actress. In the end, there is a rebellion, a trip into suspended animation, and the realization that our desire to be “someone else” still sits in stark contrast to who we really and truly are.

By combining live action with animation, Folman (whose previous film was the all pen-and-ink documentary Waltz with Bashir) finds a novel way of bringing many of Lem’s outlandish ideas to life. Loss of identity is big here, as is the notion of what identity actually is. In 2014, we are well aware of the overriding cultural need for attention and social media status. In The Congress, that is translated into the ability to enter a parallel paintbox existence where you can actually “live” like a celebrity. Wright sells more than her image. She sells her soul, and in doing so, learns that there is a big difference between being a famous person and a person who’s famous.

Folman accents this borderline psychotic fever dream with amazing sequences inspired by such psychedelic wonders as Yellow Submarine and Fantastic Planet, and such creative visual stylists as Peter Max and Terry Gilliam. Once we get past the pan and scan phase, Wright does indeed become a vision, but it’s a flawed fantasy. She’s not herself anymore, just an idealized collection of computer commands. Folman’s only flaw here is being a bit heavy handed when it come to his allegory. Instead of subtlety and texture, he occasionally applies a shrill sense of obviousness.

Still, The Congress is both visually compelling and thought provoking. It asks us to look at our current obsession with glamour and notoriety and ask what we would give up in exchange for same. By the end, when Wright goes searching for some “reality” in this unreal situation, we sympathize. While not perfect by any means, this is still a fascinating study in self, and what we think of when we contemplate who we are. 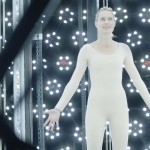 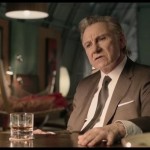 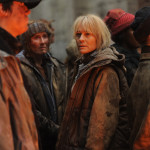