The Calling
By: Bill Gibron

Is your refrigerator running?
Buy It From Amazon
Buy It On DVD

A committed serial killer using religious and dogmatic motives as the main reason for his crimes. A small town police woman dealing with the unusual problem of murder in her sleepy little burg. An unseasoned detective out to make good in a unwelcoming principality many miles from the big city. A desperately undermanned and underfunded department trying to find the answer to a series of sensational events.

If you took the basic B-movie thriller The Calling and passed it through a sieve, you’d end up with parts of Seven, more than a smidgen of Fargo, a decent dose of Hot Fuzz (sans the humor), and about a dozen other police procedurals. This means the resulting movie is both redundant and reassuring, never failing but also never fully realizing its crime spree potential.

Oscar winner Susan Sarandon plays Detective Hazel Micallef, a Canadian “sheriff” with a few dozen personal demons to contend with. Near crippled with a bad back, she self medicates with booze, prescription drugs, and a less than secret affair with a married man. She’s even got a suicide attempt on her record, which makes her misanthropy all the more potent. After discovering the near decapitated body of an elderly woman, Hazel believes she has a serial killer on her hands.

Of course, no one else, including fellow Detective Ray Greeen (Gil Bellows) or recent Toronto transplant Ben Wingate (Topher Grace) agree. Eventually, we learn that a religious nut named Simon (Christopher Heyerdahl) is behind the crimes. Believing he’s doing God’s work and wooing victims with promises of herbal healing, his arcane methods, buried in ancient Christian ritual, eventually force Hazel to confront her own suffering.

If The Calling were a mere paperback potboiler, a page-turner that takes over one’s summer reading agenda with reckless abandon (it is based on a book by Inger Ash Wolfe), it would definitely have a “leave the lights on” impact. Staged in stark, snowy silence and overflowing with sinister serenity, there hasn’t been this kind of allegorical bifurcation of good vs. evil in a seemingly tranquil town since David Lynch unleashed Frank Booth on the poor people of Lumberton.

Take David Fincher and force him into the white-out conditions of this Great White North locale and you’d have something similar. In the mind, where the brain can do the casting, set up the characterizations, and deal with the plot contrivances, this story would sell. On the big screen, however, it merely limps along, lacking any real verve or cinematic scope.

First time feature film director Jason Stone has cast aside his previous comedy credits (he was one of the minds that inspired the Seth Rogen/James Franco/ Jay Baruchel meta movie This is the End) to try his hand at wintery noir, and thanks to the stellar cinematography of David Robert Jones, we can almost feel the seasonal chill. Snow covers everything, while barren tree limbs slowly sway in the breeze.

Unfortunately, the story Stone chooses to tell is so common, so locked in a post-modern murder mystery ideal where the killer is revealed 20 minutes in, that we aren’t engaged in the investigation and never once feel a sense of dread. Instead, we wait for the eventual plot point puzzle pieces to fall into place so that Sarandon gets her character study redemption and all is set right in the non-religious world.

Another issue are the crimes themselves. They are often quite gruesome, and yet Stone finds a way to drain the shock value out of them. During one investigation, Sarandon discovers a man’s stomach among a pack of hungry dogs. When the camera finally settles on the scene, one pup appears to be snacking on what looks like a dirt-covered begging treat. Because our killer is so sedate, so spiritually tied to his terrorizing, we feel more flustered than fearful.

Had either the story or its teller had anything new or novel to say, The Calling would have been considered a decent thriller. As it stands, it’s all suspense-less smoke and minor-key mirrors. 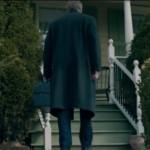 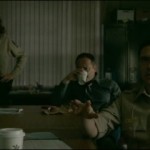 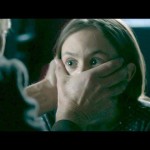