The Boy
By: Bill Gibron

Wanna hook up?
Buy It From Amazon
Buy It On DVD
Buy It On Blu-Ray

It sounds like an incredibly creepy concept. An American nanny (Lauren Cohan, of The Walking Dead fame), moves to rural England to look after the boy of two aging parents (Jim Norton and Diana Hardcastle). The Heelshires were devastated by a tragedy that took their young son away from them, so our heroine, Greta, discovers that her charge is actually a life size porcelain doll made to look like the kid. Naturally, not all is what it seems and soon, things that go bump in the night are doing just that as our lead looks to uncover the truth, though she probably won’t like what she finds.

So why is The Boy, previously entitled The Inhabitant, so lackluster and limp? It’s made by the man–William Brent Bell–who gave us the Satan possession stupidity of The Devil Inside, so that may be one reason. It also features a premise, stated above, which would make old school Hammer horror fans yawn with recognition. The casting is decent, if uneventful, and there is nice mood and sense of dread. Still, like most January jumpers, this one is more promise than payoff. We wait to discover the truth about the doll and its inspiration, we’re totally less than satisfied.

That’s because terror circa 2016 is so telegraphed and tepid that the missing menace truly undermines the genre. We’re supposed to be on the edge of our seats, not bored out of our minds. We’re supposed to witness otherworldly events which trigger internalized fears inside us. All we get is the same regurgitated PG-13 haunted house hokum mixed in with a bit of “is the doll real or isn’t it?” The mystery is mediocre and the finale fit for yet another open ended attempt at creating a kind of franchise when the first film isn’t fit for fright fan consumption.

The problems come in both the execution and the explanation. Our china doll child has certain “rules” that must be obeyed. Apparently, this terrify effigy is actually a mogwai. Still, when violated, none of the consequences seem to matter. Our heroine is not in any real danger until the denouement, and then we see that all the mandates mean nothing. Then there is that nagging sense of inevitability. Some place in the spooky Victorian manor that our lead isn’t supposed to explore? She’s there in minutes. Questions that should have been asked during the interview process, not while things are at an eerie pitch? Barely addressed.

In fact, The Boy suffers from a lack of logic and character common sense that will drive a viewer to distraction. People are constantly telling Greta about unsavory events surrounding the Heelshires, their home, and their “son.” Does she ever do anything really significant about it? Again, with a town full of gossipy exposition experts, why is this situation still going on? Ages before, villagers would have risen up with pitchforks and torches to drive these diabolical monsters out of their midst. Today, our nail-biters can’t be bothered to protect themselves or others. This makes The Boy more frustrating than frightening.

So once again, another January has arrived and, as usual, Hollywood has to dump a bunch of junk onto the public before they roll out the Oscar barrel and find more and more meaningless ways to jumpstart the summer season (which seems to begin in March now). There may be folks who find the tone of The Boy terrifying. Well-seasoned fright fans, however, will see through its baroque boos and come up with a doll sized disappointment. The trappings suggest something better. The actual movie is mind-numbing nonsense. 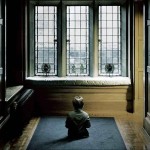 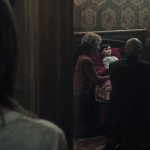 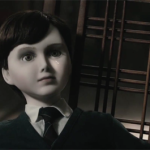 One thought on “The Boy”