The Boxtrolls
By: Bill Gibron

For starters, The Boxtrolls offers up a wonderful villain, exquisitely played by Ben Kingsley, whose character design suggests ’60s ukulele god Tiny Tim filtered through Charles Dickens by way of John Tenniel. In fact, whenever this individual is onscreen, The Boxtrolls is borderline brilliant. Every snarl, every long-eyed glower and cheese-induced swelling resonates with a power one rarely sees in stop-motion animation. As they did with both Coraline and ParaNorman, celebrated production company Laika has created a near-classic out of nothing more than models and meticulous, frame by frame stop motion. Too bad the rest of the movie is so mediocre. There is nothing onscreen to compare with Kingsley’s Archibald Snatcher, and it’s the reason this effort ultimately fails.

Our story is set in the peculiar town of Cheesebridge. Run by a dictatorial collective known as The White Hats, it is ruled by Lord Portley-Rind (Jared Harris) who promises the citizenry an end to the reign of terror known as boxtrolls. These little creatures, outfitted in discarded cardboard, turn up at night and steal from the garbage. Lord Portley-Rind also has the people convinced that these beings enjoy the occasionally baby as a snack as well. Why? Apparently, a decade before, a young boy was taken by the critters, and thus the rumors began. Of course, little Eggs (Isaac Hempstead-Wright) is actually being cared for by the trolls, growing up to think he too is one.

In order to keep his promise (and thereby protect his power) Lord Portley-Rind hires a nefarious exterminator named Archibald Snatcher (Kingsley) who wants his own White Hat in return. Believing he will never succeed, an agreement is made. Then, Eggs is discovered by Lord Portley-Rind’s precocious daughter Winny (Elle Fanning), and she soon learns that the boxtrolls are kind, not killers. She also discovers Snatcher’s evil plan to overthrow her father. With the help of Eggs, the benevolent little ogres, and her own rebellious nature, she hopes to stop the baddy before he succeeds, sending the entirety of Cheesebridge into an even more tyrannical rule.

All Ben Kingsley aside, The Boxtrolls is Laika’s first misfire, and it’s a doozy. The title characters barely register, their design is ugly and uninteresting, and their underground world is a waste of imagination. We learn, via inference, that these creatures use the junk they collect to build various complex contraptions, and speak a language almost indecipherable to everyone else. But that’s it. There’s no reason for them to exist, and no reason (really) for the above-ground citizenry to hate/fear them so.

They’re just a catalyst, a reason to get Lord Portley-Rind and Snatcher together via their doomed agreement. Eggs is also ancillary. His existence doesn’t turn the tide in favor of the trolls (remember, they are vilified for being baby killers when they clearly are not) and Winny does more to save the day than he does. That’s the problem with this movie in a nutshell. Instead of being centered around a little boy being raised by magical creatures, it’s really about bumbling bureaucrats head-butting each other over power and privilege.

In its previous works, Laika has always attempted to balance the needs of the entire audience — adults, kids, animation buffs, and lovers of fine storytelling. But something seems off here, as if perhaps editing, or a massive rewriting of the source material (Here Be Monsters! by Alan Snow) that left first time feature directors Graham Annable and Anthony Stacchi stuck on how to create something coherent. There is a lot of talent on display here, the stop-motion almost seamless in its often dazzling design. But The Boxtrolls is also dirty, dour, and just a wee bit disturbing. Indeed, Snatcher may be a bit much for the younger members of the demo.

Perhaps the old adage “two out of three ain’t bad” should apply here. Laika has done dazzling work before. Sadly, the third time is not the charm for The Boxtrolls. 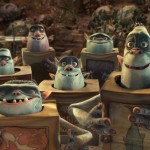 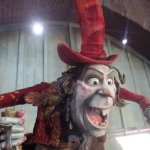 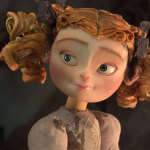 One thought on “The Boxtrolls”