The Birth of a Nation: Don’t Look Away
By: Paul Brenner

Director Akira Kurosawa once recalled an incident from his youth when walking through the carnage of the aftermath of a horrific earthquake in Tokyo with his brother. Looking at the dead all around him, Kurosawa instinctively looked away but his brother berated him, telling Kurosawa to look back and to never look away.

March 3, 2015 is the 100th anniversary of D.W. Griffith’s masterwork The Birth of a Nation, one of the most (if not the most) influential film ever made. But commemorations of the film’s 100th birthday have been muted, if not ignored altogether. For Griffith’s film, a marvelous compendium of technical and artistic cinematic innovations up to 1915, is also a film of the most virulent racism and hatred. This contradiction is rarely acknowledged. In American culture, the general rule is not to face uncomfortable issues but hide them under “democracy” and “freedom.” This American dichotomy goes back to the very beginnings with the Declaration of Independence that declares, “all men are created equal” yet ignores slavery and Native American and women’s rights. This schizophrenic cultural legacy has been part of our culture to the present day with the wars in Iraq and Afghanistan and the street murders of Brown and Garner. The split is ultra-present in The Birth of a Nation. At one time the film was the highest grossing American film ever. Now it is hidden away under cover like a killer in the attic.

At the time, Woodrow Wilson allegedly praised the film as “writing history in lightning” (ultimately regretting his statement). For decades the film was acknowledged as a masterpiece. But the tide has changed — David Thomson now refers to The Birth of a Nation as “claptrap, racist, and wrapped up in the worst kind of melodrama.”

Both views are correct.

The Birth of a Nation is a massive 190-minute extravaganza about the Civil War (a war that had been over for a mere fifty years in 1915). The story follows two families – the Camerons of South Carolina (depicting the bucolic pre-Civil War plantation ideal) and the Stonemans of Pennsylvania (presenting the abolitionist radical Republicans). Griffith divides the film into three sections – the happy and lazy idealized pre-war South of benevolent masters and grateful slaves, the action and spectacle of the Civil War, and the Reconstruction years and the “heroic rise” of the Ku Klux Klan that “saved the South from the anarchy of black rule.”

The film was based on a 1905 novel called The Clansman, written by white supremacist author Thomas Dixon, which was previously turned into a 1906 play, all as Dixon’s retort to Uncle Tom’s Cabin. Griffith, if anything, toned down Dixon’s maniacal race hatred. But it didn’t help.

The greatness of the film was in Griffith’s genius for incorporating all the stylistic innovations of early filmmaking into his epic. “Griffith demonstrated to every filmmaker and moviegoer who followed him, what a movie was and what a movie could be” (Roger Ebert). Griffith used parallel editing to increase suspense. He used the sequence of establishing shot/medium shot/close-ups to draw the audience into the scene. He utilized close-ups for their emotional content rather than as mere informational inserts. He toned down the acting. He shot on real locations rather than using cheap studio backdrops. He used expressive source lighting. All in a three-hour film accompanied by a full orchestra. These stylistic innovations of early cinema became the grammar of narrative film, utilized ever since. For this The Birth of a Nation deserves the highest praise.

But, unfortunately, all this artistry was put in the service of a rancid ethos of white supremacy. Griffith’s structure brilliantly lulls the audience to accept the lost Eden of the Southern plantation and then puts the audience into the exciting battles of the Civil War. This indoctrinates the viewer into accepting the last third of the film, where the defeated South rises from the ashes and defends itself against the evils of black Southern rule. As a title explains: “The bringing of the African to America planted the first seed of disunion.” The last third of the film is a rabid, drunken fever dream — blacks terrorize whites in front of lovely Southern homes, whites are prevented from voting, sex crazed blacks leer at white women, black voters hold up signs reading “Equal Rights, Equal Politics, Equal Marriage,” and new black congressmen turn a legislative chamber into a shanty where the legislators drink whiskey, eat chicken, and pass bills allowing interracial marriage. Blacks are seen as subhuman mongoloids that force young white women to their deaths rather than face “a fate worse than death” or they bind white virgins to chairs and declare, “I will build a Black Empire and you as my Queen will be by my side.”

The final, rousing chase scene depicts the survivors of the Northern and Southern families trapped inside a cabin, attacked by sex-crazed Northern black soldiers (a father holds his pistol against the skull of his daughter in case the rampaging blacks make their way into the cabin) until the triumphant ride of the Ku Klux Klan (to the music of Wagner’s Ride of the Valkyries) rescues the families as Griffith inserts the title: “The former enemies of North and South are united again in common defense of their Aryan birthright.” There is a hysterical madness to it all that is dizzying and intoxicating.

The excitement generated by The Birth of a Nation upon the audience of the time corroborated what the culture believed. The film’s power led to the direct political results of Jim Crow, revitalizing the Klan and increasing the amount of lynchings in the South. The film also buttressed popular scientific theories of the time (later discredited) that black brains were inferior to white brains. The Birth of a Nation also supported historical theories of the time that the black state governments installed by the radical Republicans led to mayhem and misrule (in truth the radical governments advanced universal suffrage, equal access to the courts, and the first public schools) and that it was all a good thing that Reconstruction had ended and the whites were put back in charge.

The Birth of a Nation remains a film that demands to be seen but a film that has to be looked square in the eye for what it is. James Billington remarked, “Bigoted and racist as its treatment is of African Americans, The Birth of a Nation is an inescapable part of our history.” Towards the end of his life, even Griffith realized the danger of the film, “It should not be shown to general audiences… The Negro race has had enough trouble, more than enough of its share of injustice, oppression, tragedy, suffering and sorrow. And because of the social progress which Negroes achieved in the face of these handicaps, it is best that The Birth of a Nation in its present form be withheld from public exhibition.”

Perhaps the most prescient remark on The Birth of a Nation came from Ralph Ellison: “The propagation of southern images of Negroes became financially and dramatically profitable. The Negro as scapegoat could be sold for entertainment, could be exported. If the film became the main manipulator of the American Dream, for Negroes that dream contained a strong dose of such stuff as nightmares are made of.”

The Birth of a Nation is the American soul, good and evil. To make change a society has to face what it is and not live on dreams and illusions. Do not look away. 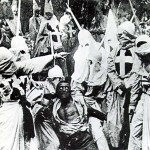 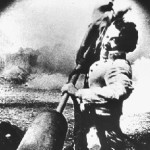