The Big Short
By: Blake Crane

Your hair is ridiculous.
Buy It From Amazon
Buy It On DVD
Buy It On Blu-Ray
Buy The Book

Based on Michael Lewis’ bestseller on the financial crisis of the 2000s, The Big Short’s oxymoron-ish title fits the scope of the collapse and the energetic way in which the story is told. Spiritually similar to The Wolf of Wall Street, the film takes a farcical look at the ineptitude and ignorance that led to the bursting of the mortgage bubble and employs several of the same techniques, such as breaking the fourth wall, to communicate complex facts and bankingese in a clear, concise, and entertaining way.

Surely aware of the inevitable comparisons to Scorsese, director/co-writer Adam McKay even includes a direct address from Margot Robbie (as herself) explaining subprime mortgages from a bubble bath while sipping Champagne. Blunt and coherent, we’re told the speech is meant to combat our trepidation over feeling stupid or getting bored with the jargon. And, as it turns out, Margot Robbie in a bubble bath may be the best method of explaining anything.

The based-on-true-events tomfoolery begins when socially awkward hedge fund manager Michael Burry (Christian Bale) predicts the collapse by scouring data on subprime, adjustable rate mortgage bonds. He invests his fund’s money by betting against the usually solid housing market (or “shorts” it). Firms like Goldman Sachs are more than happy to reap the easy rewards of this silly stake. Burry’s forecast eventually trickles down to Deutsche Bank trader Jared Vennett (Ryan Gosling), fund manager Mark Baum (Steve Carell), and a pair of Wall Street newbies (Finn Wittrock and John Magaro), who all investigate independently and add their skin to the game.

As we all know, Burry’s prognosis was correct, banks failed and got bailed out, and several regular folks lost their shirts. What we may not have known exactly (or may have been too bored or stupid, for lack of better terms, to investigate), were the details in the margins that allowed banks to construct the house of cards and the bold insensitivity that left if propped up.

The Big Short thrives on well-written scenes that take us further down the rabbit hole, simultaneously holding our hand and talking directly to us without talking down to us or making feel like we’re being bombarded with “big banks are evil” rhetoric (though that’s certainly present in a roundabout way). Robbie isn’t the only celebrity cameo, more of which are present to help us understand CDOs. Vennett acts as narrator for a large chunk of the proceedings, and uses a game of Jenga to illustrate the tenuous structure of mortgage bonds. The film even feels honest when it lies to us, at one point admitting a narrative development didn’t occur as portrayed.

The ensemble cast is uniformly solid, acting as vessels of information and being collections of quirks that communicate personality traits. Bale’s well-researched, though graceless, voice comes off as one that wouldn’t be believed. Gosling’s smooth talker is equal parts affable and jerky. The most relatable is Carell, who’s working through a personal tragedy and becomes more and more disenchanted the more he dissects the mess. From a trip to Florida that uncovers the stupidity of mortgage brokers to a meeting at Standard & Poor’s rating agency and a discussion with a narcissistic bond manager, Baum is the guy we can shake our heads in disgust with. Brad Pitt also brings some humanity in a smaller role as a former trader who swore off the finance life, but decides to help the pair of young upstarts.

As the crisis unfolds, The Big Short remains engaging, marrying cogent analysis with lively banter, and including flourishes like pop culture montages to mark the era and its excesses and frivolities. The final result is, of course, those who bet against the establishment won, which feels like a hollow victory for most. Worse, there’s been little since the meltdown to restore faith in the system and evidence that it’s shady business as usual, just taking on new forms. But hey, at least this time capsule of a film makes the frustration as fun as possible. 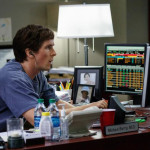 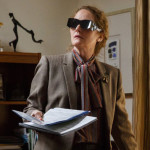 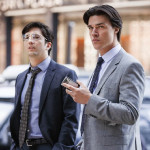 One thought on “The Big Short”