The Best Young Adult Adaptations of All Time
By: Bill Gibron

There’s a fine, fine line between a purely family film and what we now label as “YA,” or “Young Adult” title. For many, memories of what they read in middle or high school seem to dictate their categorization, choosing to treat long term adult bestsellers like To Kill a Mockingbird or Lord of the Flies as “teen-oriented” while skirting a similar classification for efforts like The Hobbit or The Lord of the Rings trilogy. In fact, when you consider that everything from saccharine tales of affection (Endless Love) to tearjerking tragedies (The Fault in Our Stars, If I Stay) can be placed within this dynamic, then it’s obvious that the YA tag is used more for marketing than meaning. With The Maze Runner hitting theaters this week, here’s a chance to celebrate the 10 greatest “YA” adaptation of all time. Some may quibble with the content, but it’s hard to deny what these movies mean to the genre. 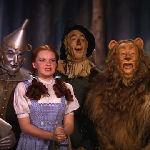 One little-known fact about Frank L. Baum’s book is that it would never have seen the light of day had not a local opera house owner agreed to translate the title into a musical before publication. While the MGM version a few decades later has nothing to do with that stage extravaganza, it has since carved out a niche as one of the lasting examples of Golden Age Hollywood ballyhoo. As beloved as the film is now, it wasn’t a hit when it was released. 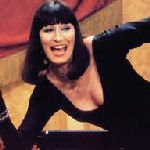 Roald Dahl’s name will appear twice and this list, and with good reason. While many consider his work more geared toward the kindergarten set, his books are actually dark explorations of YA issues. In the case of this mesmerizing movie, director Nicolas Roeg decided to keep the evil right up front, from the sinister title characters (who want feed children poison candy) to their own final comeuppance. A visionary work that only gets better with age — and a more mature mindset and understanding. 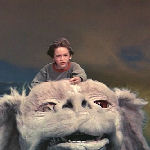 Based on a German fantasy novel by Michael Ende, Wolfgang Peterson’s big screen epic was, at the time, the most expensive film made outside the U.S. and then-USSR. The author did not like the adaptation, and actually sued to stop it. He lost, leaving Peterson to play with his narrative in any way he wanted, and the results speak for themselves. Once again, instead of staying safe and kid-friendly, the filmmaker added adult themes asking his audience to confront some troubling material. 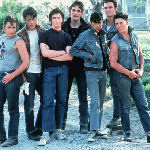 S.E. Hinton’s book is a high school basic, and many a young adult read it as part of a peek into the past. Oddly enough, it was a librarian who personally wrote to Oscar-winner Francis Ford Coppola, asking him to turn the tome into a film. So moved by what he read, he not only made this movie, but brought Hinton’s Rumble Fish to the big screen as well. Both films deal with teens from the “wrong side of the tracks,” with Coppola bringing true poetry to his realization.

#6 – Willy Wonka and the Chocolate Factory 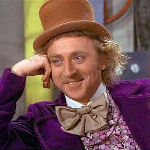 Dahl’s second slot on this list, and perhaps his most memorable contribution to the YA world. The hero of his book Charlie and the Chocolate Factory is destitute and despondent, and the other children involved are excellent examples of the worst in juvenile behavior. Throughout it all, and the amazing movie made of it, Dahl addresses the need for personal responsibility and awareness. Gene Wilder’s work, as Wonka, has the right level of humor and horror to make a simple story seem quite complex. 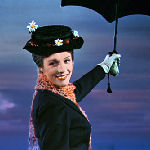 As the so-called biopic Saving Mr. Banks would have us believe, P.L. Travers’ tale of a magical nanny and the banker’s children she lords over was actually based around her own rough childhood. In fact, it’s such transformative approaches to life which lend themselves to marvelous ends. Disney’s desire to make “right” by the material is there in every frame, and the final product feels less like a lesson and more like a jolly holiday with the title character. 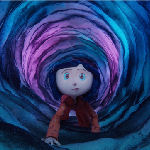 This gorgeous and ingenious adaptation of Neil Gaiman’s novel works for two specific reasons. One is the storytelling ability of its author, and the second revolves around the way his vision was achieved. Using stop motion animation and its angular artistic approach, the look of the film manages to convey its main character’s skewed perspective without ever having to fully explain it. In fact, the old school style heightens everything, from the fun to the fear. 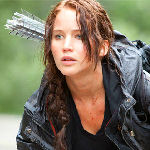 Understand that if the final two movies of this otherwise excellent franchise don’t deliver, we’ll have to knock this series down a significant number of pegs. Still, in Jennifer Lawrence’s Katniss Everdeen, the YA audience — especially young girls — has found a female superhero they can call their very own. Both the original movie and its superior sequel have really turned Suzanne Collins’ books into something other than the Battle Royale rip-offs they first appeared to be. The final installments have a lot to live up to. 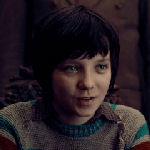 Martin Scorsese making a YA film? And it’s not about young toughs, street kids, or some other manner of neo-realistic subject matter? Indeed, the famed American auteur took the book The Invention of Hugo Cabret and turned it into a celebration of cinema, complete with a bow to original film fantasist George Melies. Visually stunning, with a mountain of heart behind it, the director does get a chance to work out some of his more famous fetishes — preservation, the artform’s past — as part of his overall scheme. 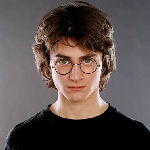 Granted, not all of the films are great. True, a lot of material had to be left out in order to bring the overall story arc to the big screen. But when it comes to consistency, when it comes to elevating the source while staying true to the author’s intentions, few can argue with what the various filmmakers did with J.K. Rowling’s world. Aside from bringing millions of young people to reading, these movies made magic and wizardry a true cultural phenomenon. Imaginative and innovative.